On the evening of 5/28/2019, the Pokemon company hosted a press conference in Tokyo. There were a number of new games, software, and products revealed to be in Pokemon’s future. This conference was a bit of a surprise, but was aired on twitch for the public to view. Today’s article will summarize what was shown, and give a quick personal impression on what was revealed. Keep in mind that no Sword and Shield info was given, and more on those games will come up on June 5 at 6:00PT/9:00EDT in a dedicated Pokemon Direct.

So here is what has been announced at the press conference.

And now for some impressions:

It was stated that the Switch sequel to Detective Pikachu will have a different conclusion than the recent movie. The different ending should be a good thing, based on my opinion of the movie’s final act. Of course, they could go in a worse direction, though that seems unlikely here.

China will have a modified version of this game, and it will include PvP and social play. It actually sounds like a better version, and I’m somewhat surprised the west isn’t getting an update to match it. Perhaps they will do so at a later date, or they may see how well this version does before sending it to the rest of the world.

This app will connect all Pokemon games, allowing transfers from the 3DS Pokemon Bank, Pokemon Let’s Go Pikachu and Eevee, Pokemon Go, and to store and transfer Pokemon for Pokemon Sword and Shield. It most likely will connect these games to future games as well. The mobile version allows you to trade with others both locally and online, possibly making it more convenient to catch ’em all. I hope it isn’t too expensive, though it probably isn’t. 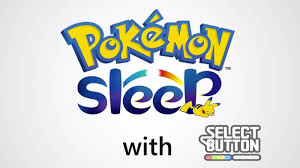 Definitely the oddest announcement here. It is an app that is supposed to “make getting proper sleep fun”. As someone who has had sleeping issues, the idea sounds nice, but I suspect they have to work out a lot of kinks to get that right, both so that it doesn’t interfere with sleep, and so there isn’t a way to get the game’s rewards without sleeping. At best, it may lead to technological improvements in monitoring sleep patterns in the medical field, at worst, it will be forgotten as a relative commercial failure. The Pokemon Go Plus + accessory functions with this app and the Pokemon Go app.

This mobile game features noteworthy Pokemon trainers from previous games, and allows you to battle with and against them. It is unclear how it might play differently from the main games, but it looks like there are 3vs3 trainer battles, and some limited options for fighting. The game isn’t out yet, so it is unclear if there are any free to play based features, or if it is a “gacha” game.

And that is all I found on the 2019 press conference. There is bound to be more information on these games in the near future. What excites you the most that was listed here? What do you hope is revealed on Pokemon Sword and Shield next week? Let me know in the comments below! If you enjoyed this news article, you can click that like button. And to keep up with That’s All Games, be sure to subscribe via email. Until next time, have fun gaming!