Well, it is that time again to cover more game story analysis for Puyo Puyo Tetris. The next few articles will leave off from the previous articles, as they are poorly written enough to warrant a closer look. Just so you know, some future articles will skip some scenes that are less relevant, or that don’t stand out. With that out of the way, let’s begin!

Recap: In the last scene, Arle finds Schezo and asks for his help to find the Dark Prince. As they move forward, they find the possessed Rulue, and they prepare to cure her condition. 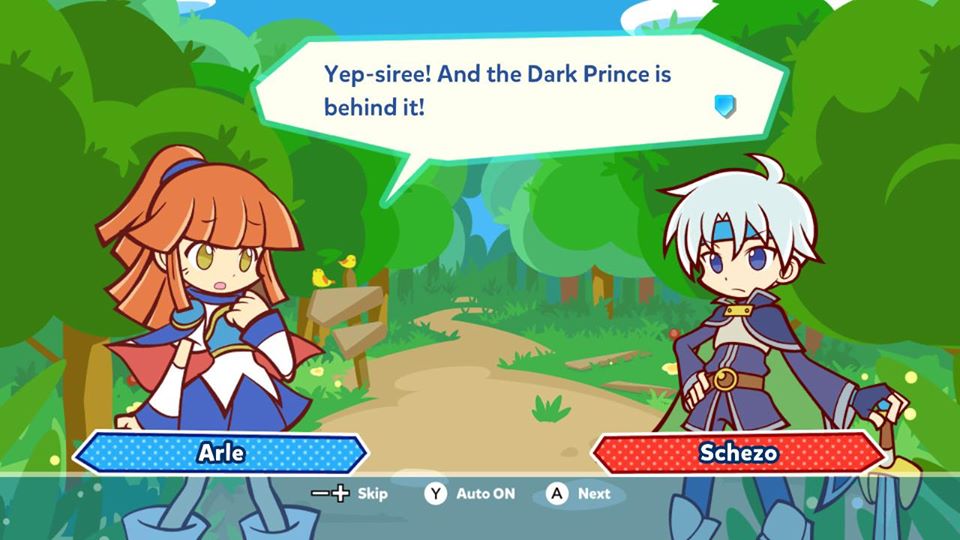 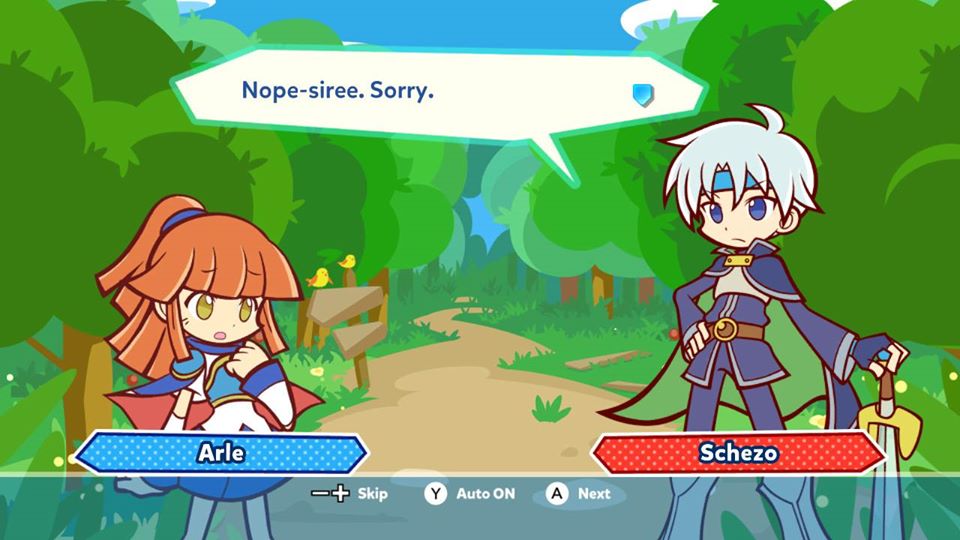 There are already a few oddities in the language used in this scene so far. I already pointed out the “shoosh”, but “Nope-siree” is an odd way to turn the phrase. I know this game is frequently being silly, but do they need to butcher the English language in most scenes to do this? I wouldn’t complain about this as often as I do if these jokes didn’t fall flat most of the time. Let’s continue with the scene… 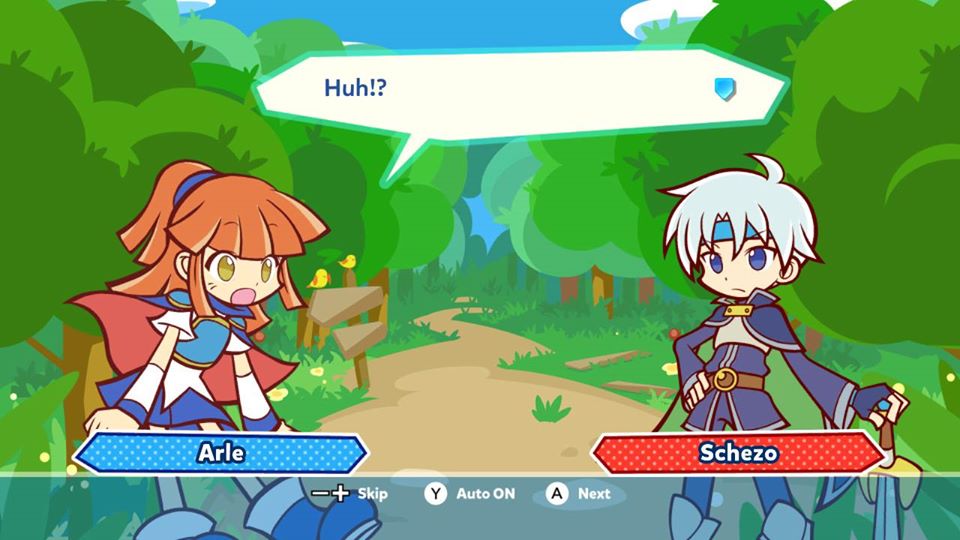 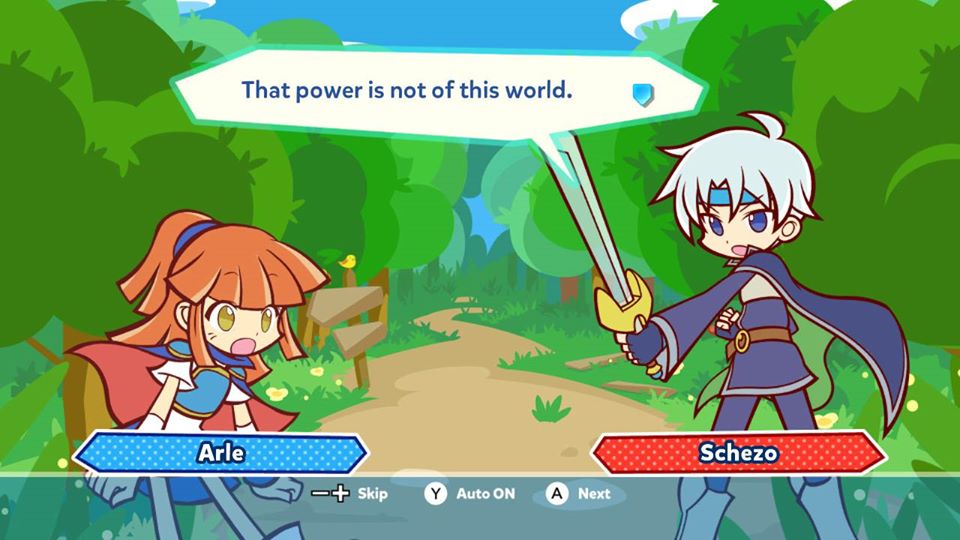 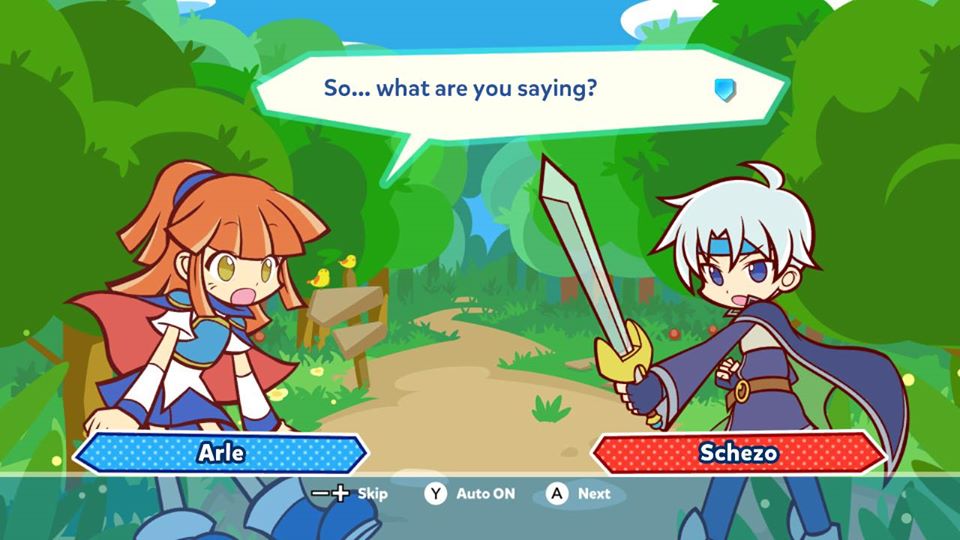 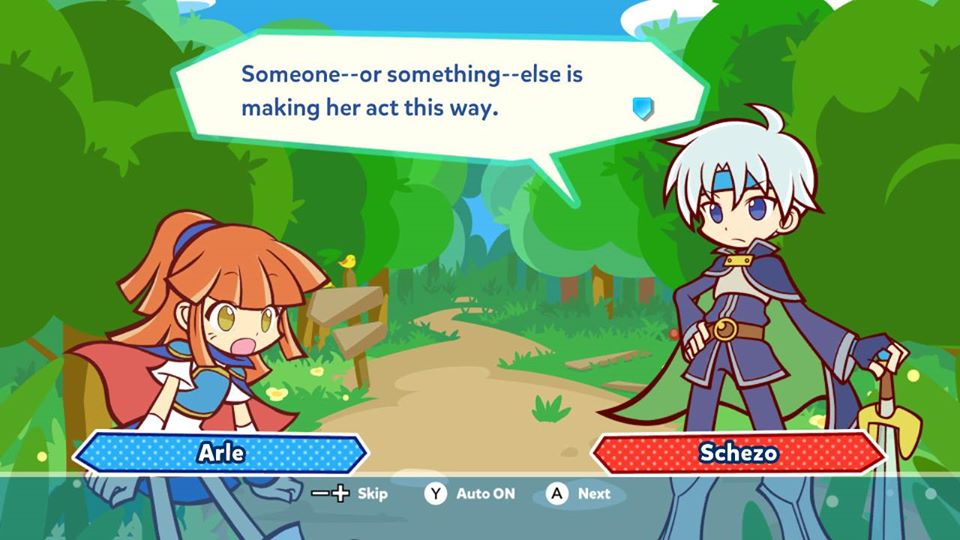 So this is another case of “magic explains everything” in this scene. It would be helpful to establish what characters can and can’t do earlier in a story before these powers come into play in important scenes.

I wonder what could help out in this situation. Well, we are about to find out, and it most likely isn’t what you would think. 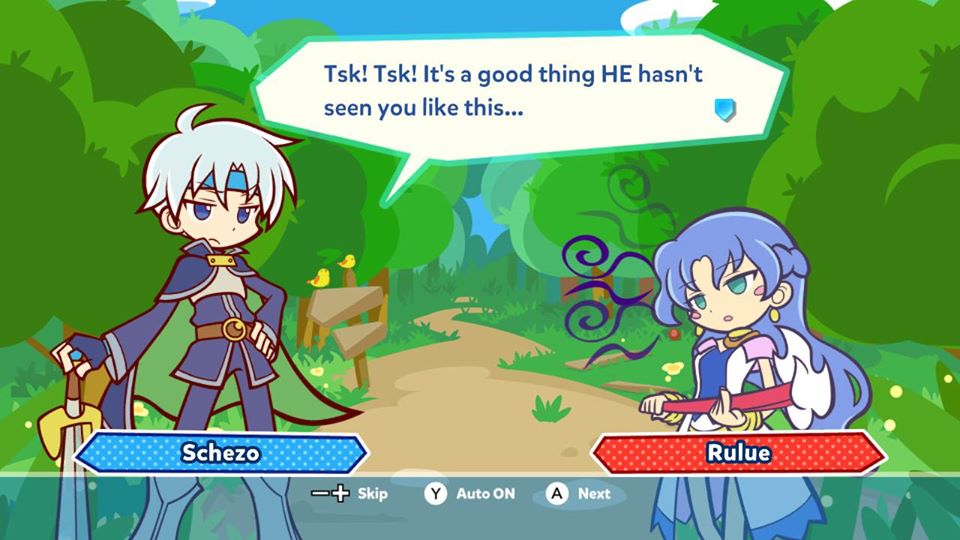 This portion of the scene is just weird, as it is mostly unclear what Schezo is planning. Things are about to get annoying, though. 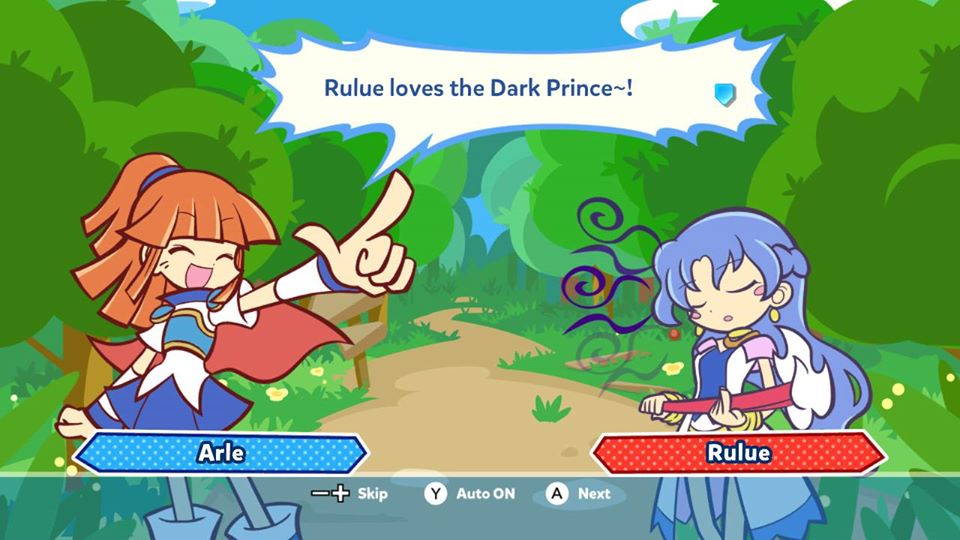 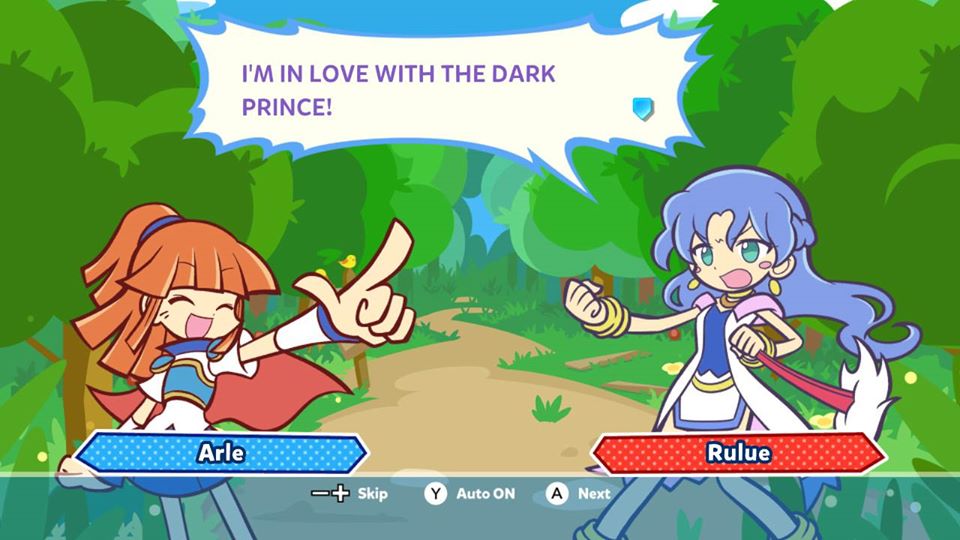 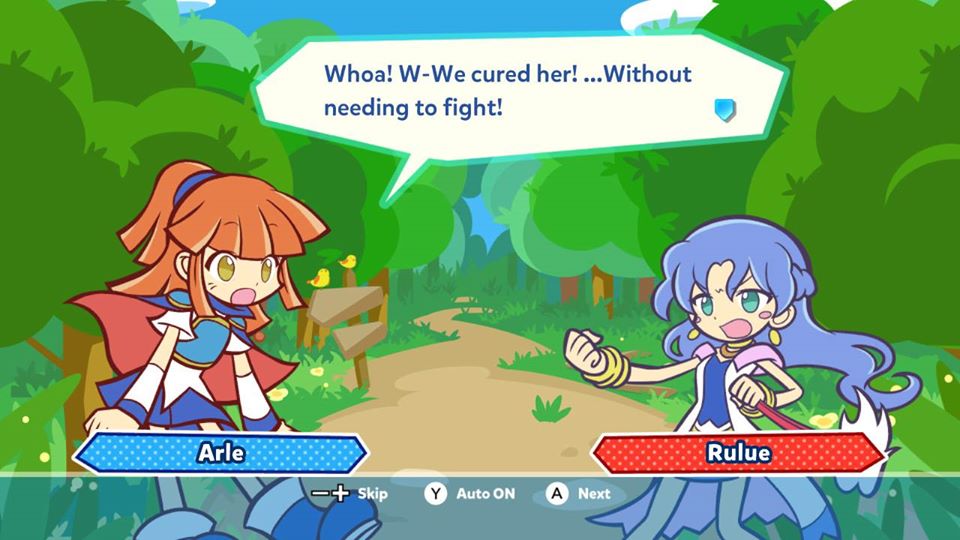 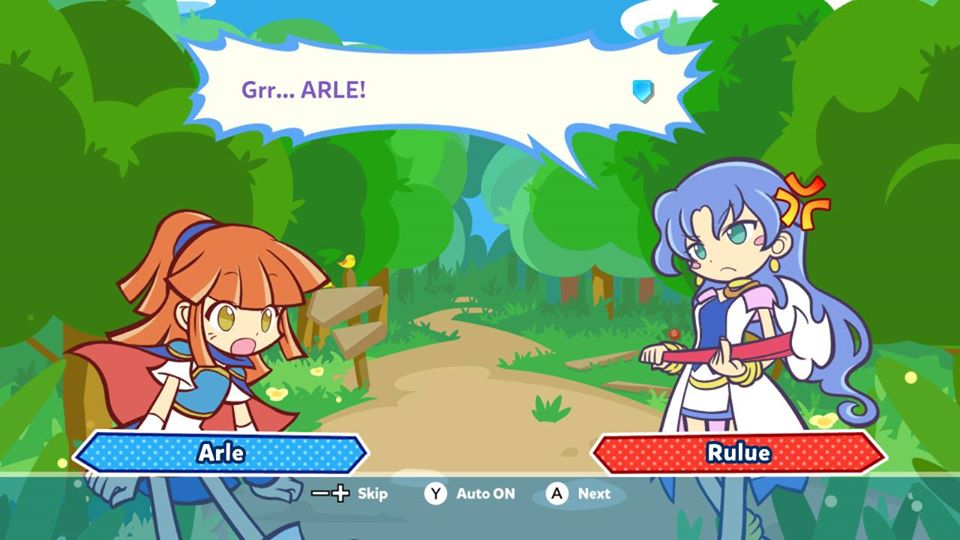 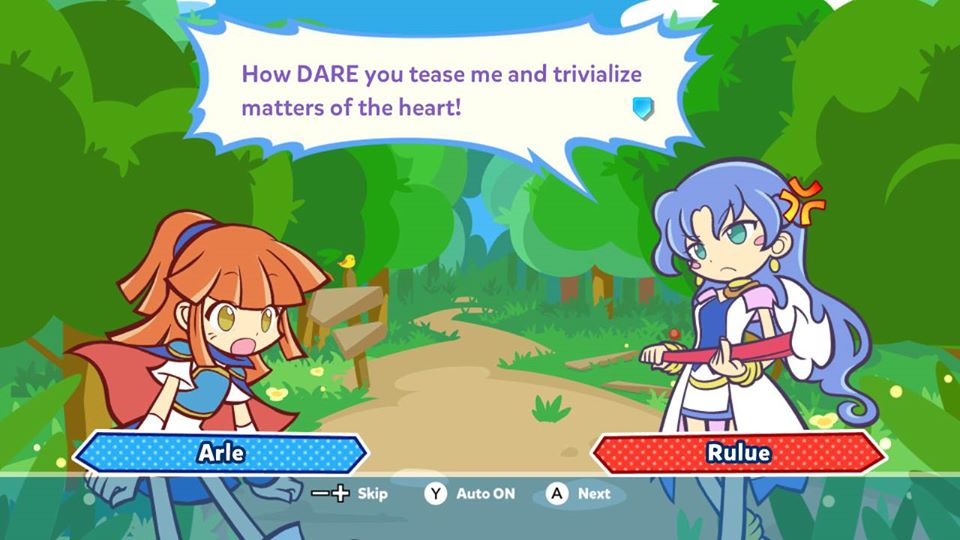 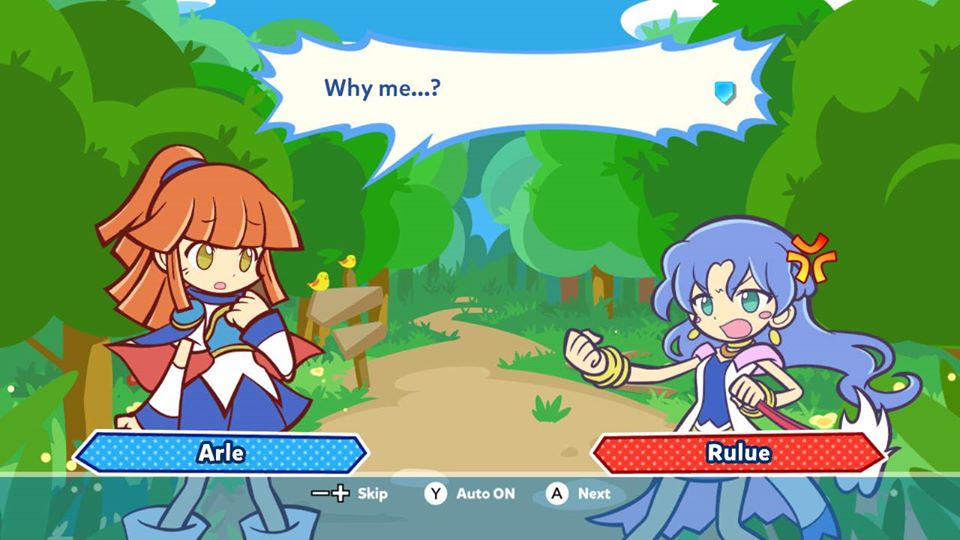 And the game continues on with gameplay. Kind of makes the annoying schoolyard chant pointless, doesn’t it? 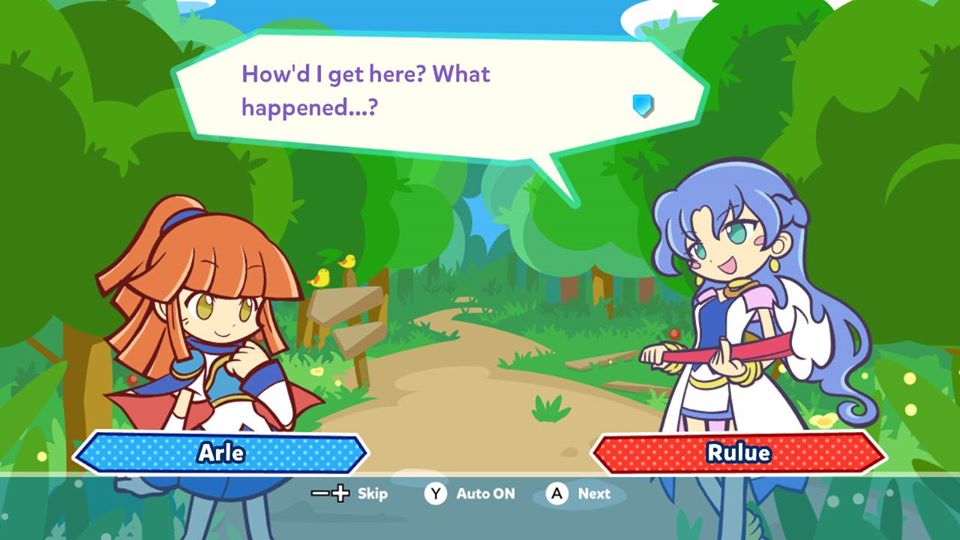 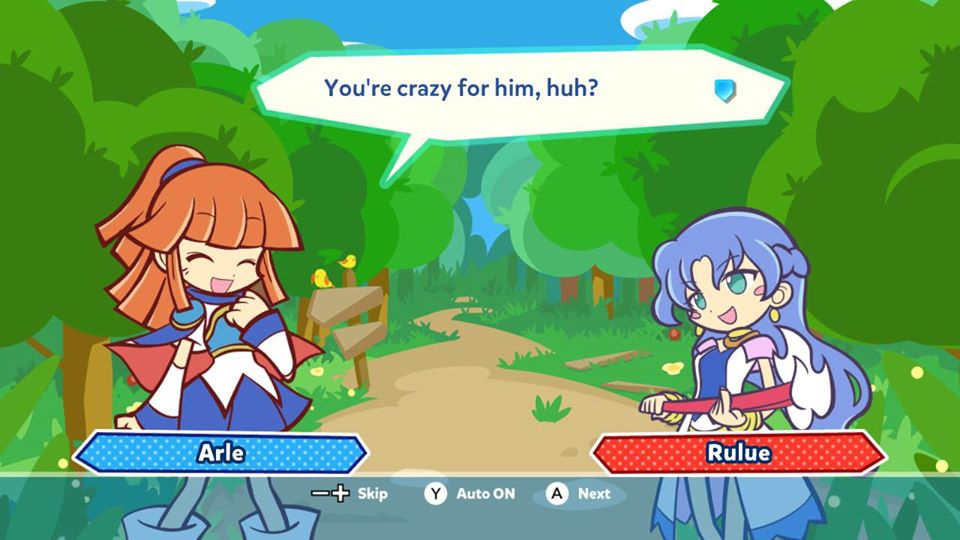 Again, I don’t know the Puyo Puyo world too well, but is it usual for Rulue to like the Dark Prince? I feel like there should be some history here, but the execution makes it feel like it was just being shoved in for the sake of it. (Let me know in the comments if this was an ongoing thing in Puyo Puyo games!)

Wow, Rulue is obsessed with the Dark Prince. Maybe it was a good idea to localize the Dark Prince’s name away from “Satan”. Having to hear “Rulue loves Satan” might have generated a bad response from angry parents. That might’ve been a good call. 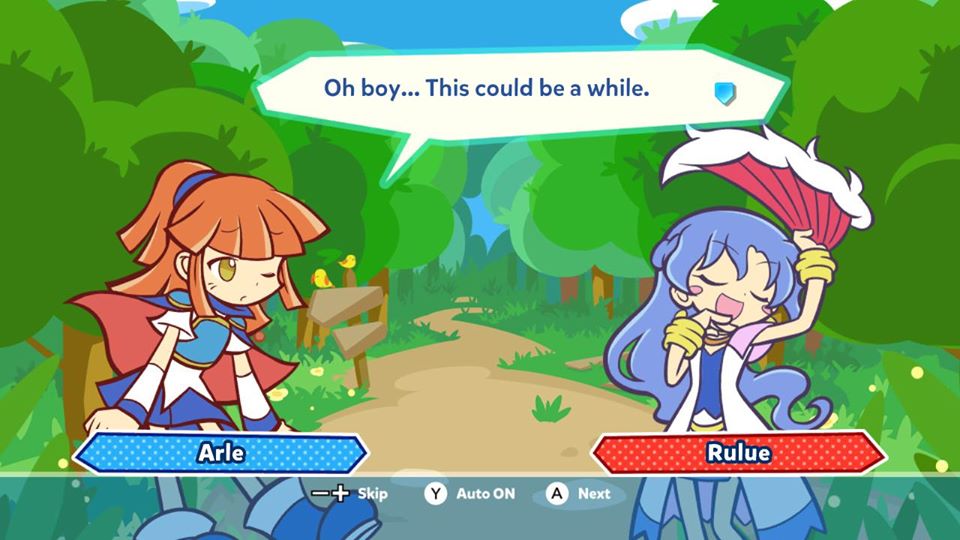 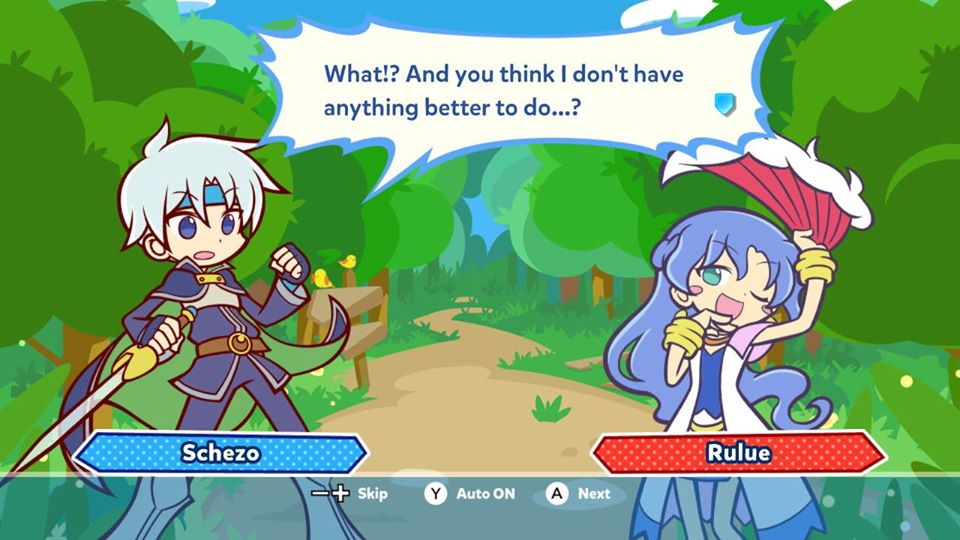 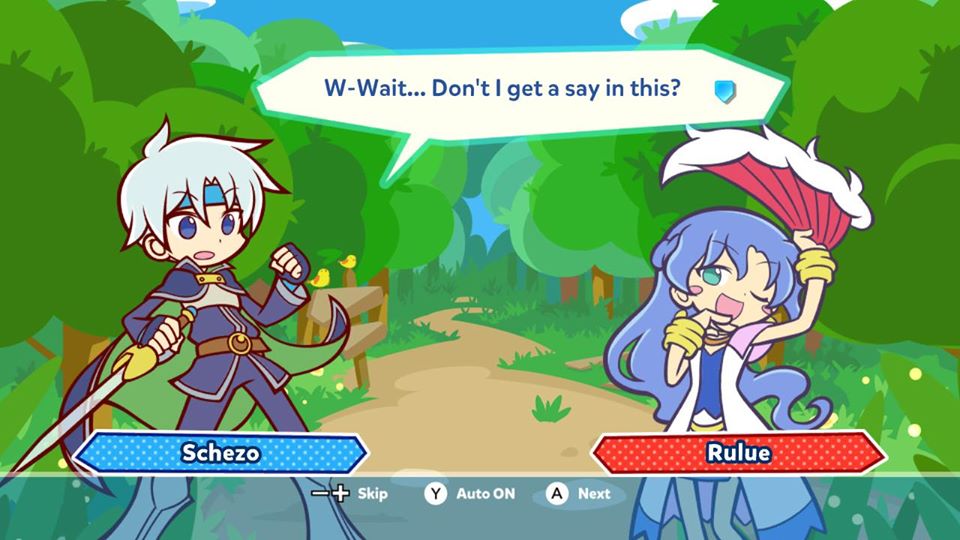 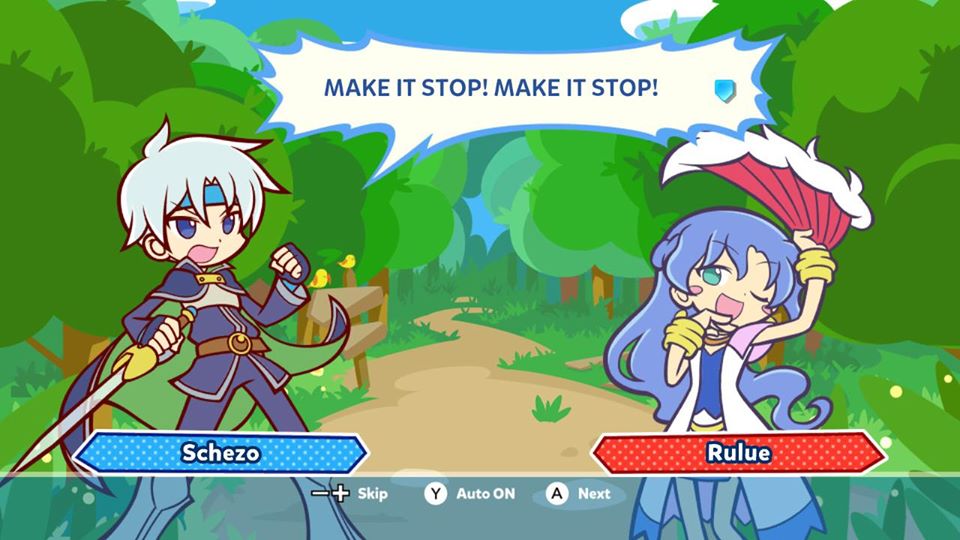 And another awkward and abrupt end to a scene. It is amazing how much padding these scenes have! This is a video game, where most of the story takes place through gameplay and action, and less so through talking. Even worse is that this is a puzzle game, which is part of a genre that usually has minimal to no story elements in most cases. How they managed to go through with even this much dialogue is a testament to how poorly written and designed the story is. Sadly, this game is roughly halfway through the story, so there is much more to critique.

And that was part 16 of Puyo Puyo Tetris’s game story case study. I hope you have been enjoying these articles. At the very least, I hope that budding game writers are learning what not to do when writing a game story. What did you think about this scene? Was there an issue or redeeming quality in this scene I missed? Let me know in the comments below! If you found this article entertaining or informative, then click that like button. Be sure to share this article on social media too. You may also subscribe via email or through WordPress to keep up with That’s All Games. Until next time, have fun gaming!