Quite a while ago, I played the original WarioWare game on the Game Boy Advance. While I loved what that game has to offer, I never played any additional WarioWare games that came after it. A friend that played the demo to WarioWare: Get it Together suggested that I give this game a go. As a result, I decided to pick up the latest installment in this strange series of games.

For those not in the know, the WarioWare games are a collection of incredibly short games that you play one right after another. When I say short, I mean roughly 10 seconds per game. Learning what to do and doing it in that short amount of time does take some adjustment particularly the first time around. You have four lives to successfully play through as many of these quick games as possible, plus they come at you at random based on which mode you are playing.

What makes WarioWare: Get it Together a little bit different from the rest of the games in the series is that you play as a variety of characters, and will switch between them. However, most of these characters have restricted movement or actions, far more so than in other video games. They can either attack in only one direction, can’t jump, or can’t move (these characters can still attack, by the way). Quite a few characters even move automatically, making most of the characters a hassle to play as, with only two of them having flexible range of motion. If this weren’t a wacky, just for fun game, no player would actively choose to play as most of the cast. 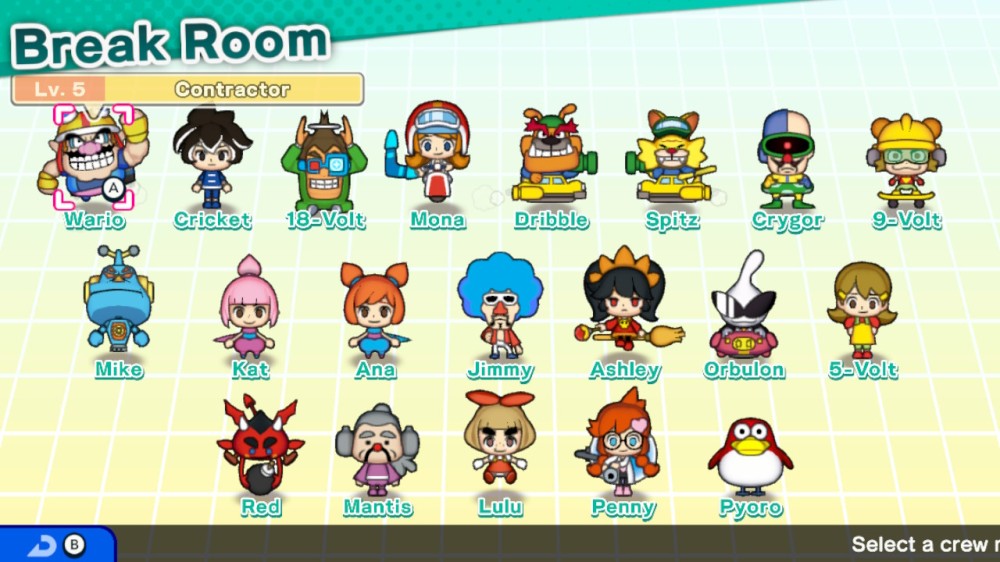 On the flipside, I sort of understand why they did this. The game is essentially messing with the player, challenging them to adapt to uncomfortable play controls. This is on top of learning how to play a short game, so some players might see this as a nifty challenge.

The microgames themselves are quite wacky, with various themes to play through in the story. Some of it is gross-out humor, such as tweezing armpit hair, or plugging up someone’s nose. Others could include escaping an area, collecting something, and so much more. They are quick, so most of it are a variety of familiar activities that are quickly recognized. The boss games are a little more forgettable than ones in the first WarioWare game, but the bonus round after clearing them makes up for it. 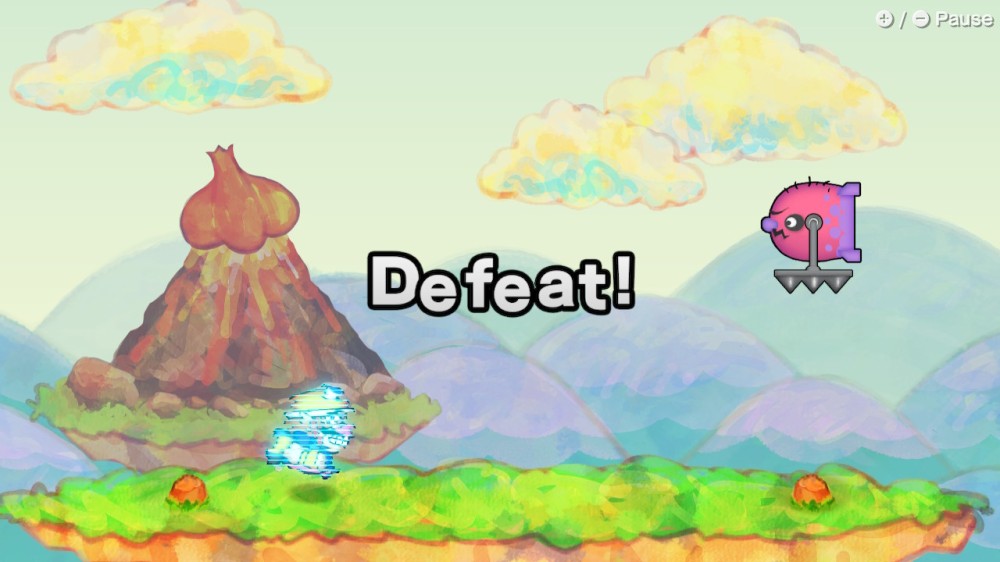 The story is fun enough, but the meat of the game comes in after you finish the game. There are bonus modes, some of which are multiplayer only (for this review, I did not have anyone to play with). I suspect this game is more fun with others, and you can play almost every mode with another player. The exception is the online Wario cup, which is a specific challenge that changes every week which has an online leaderboard. Only one player can participate at a time, and they can be quite challenging to master. 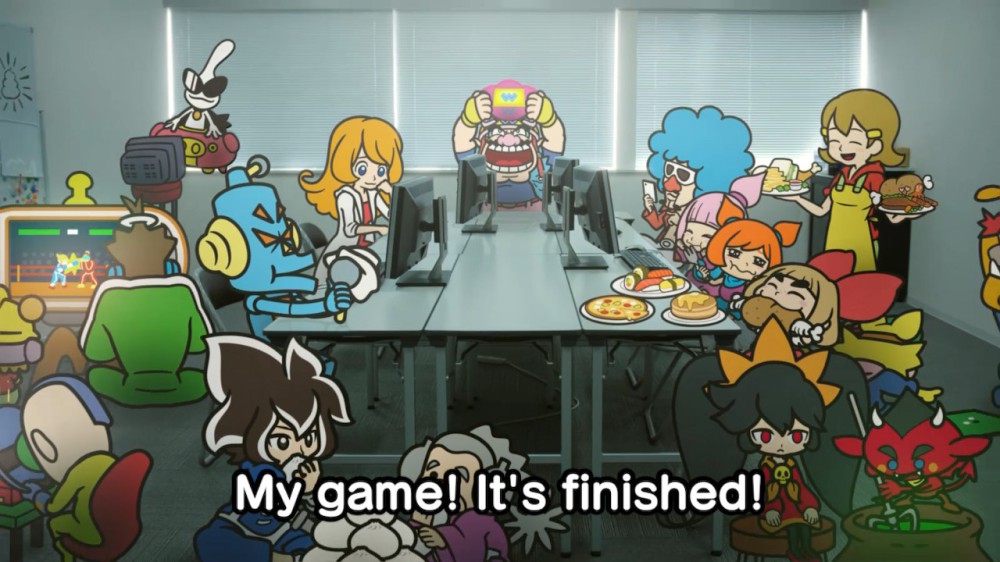 While playing the story mode, you do earn coins that at first are used to continue playing if you get a game over. After beating the game, they can be used to purchase “prezzies”, or items that power up your characters. It takes quite a while to max out a character’s level, and the main reward for doing so is mere cosmetic tweaks for the character. I’m not sure why this feature isn’t found until after you master story mode, as it would be fun to try out as you play. Incidentally, using a leveled up character in Wario cup does add points to your score, but that is the only tangible benefit to the player for doing so. I wish this feature was integrated more into the gameplay, and was more helpful to the player, but at least it adds something to do after playing the game.

WarioWare: Get it Together is still a fun game to relax to and not take too seriously. If you need a game where the only point is to get the high score, and is wacky enough to laugh at, then give this game a look. It is a quick and fun game to pick up and play from time to time. Other than the huge amount of dedication required to master the game, there isn’t much to take too seriously. Now if only it had some better unlockable games, its longevity would be much greater.

The game has a range from 7-8.5/10. WarioWare: Get it Together lacks some depth, but is still fun to try and master from time to time. If you haven’t played any game in the series, this is the most commercially available edition, and is worth a look.

Did you like WarioWare: Get it Together? What is your favorite mini game? Favorite character? Favorite mode? What do you make of the leveling system? Let me know in the comments below! If you enjoyed this review, then click that like button and share on social media. To keep up with That’s All Games, you may subscribe via email or WordPress. Until next time, have fun gaming!

One thought on “Review: WarioWare: Get It Together (Switch)”