It is time for another scene analysis of Puyo Puyo Tetris’s story. I have skipped the previous scene so this series doesn’t drag on for too long. This scene is a short one, but makes some noteworthy mistakes. Let’s take a look.

Recap: The crew of the SS Tetra are in the constellation zone looking for ship parts to repair the ship. They found two so far, and are ready to find another. 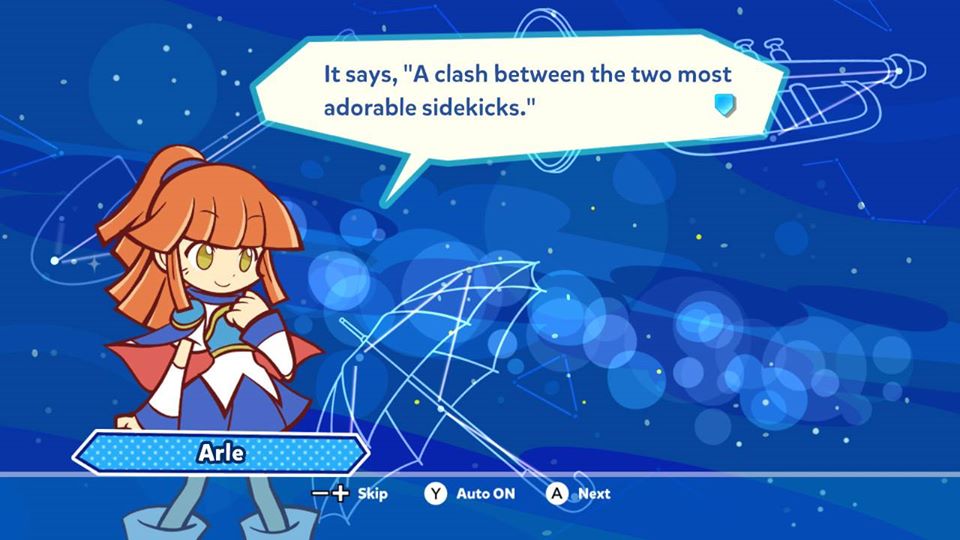 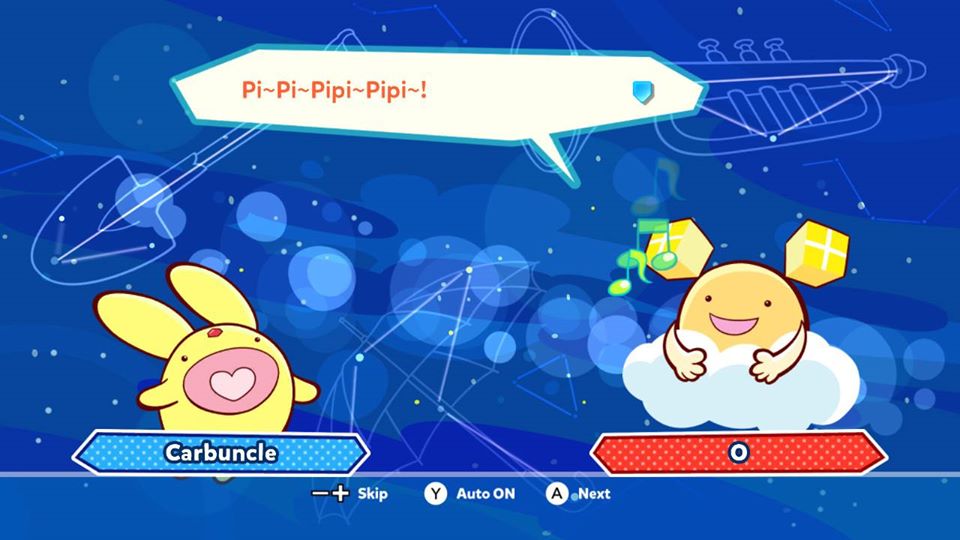 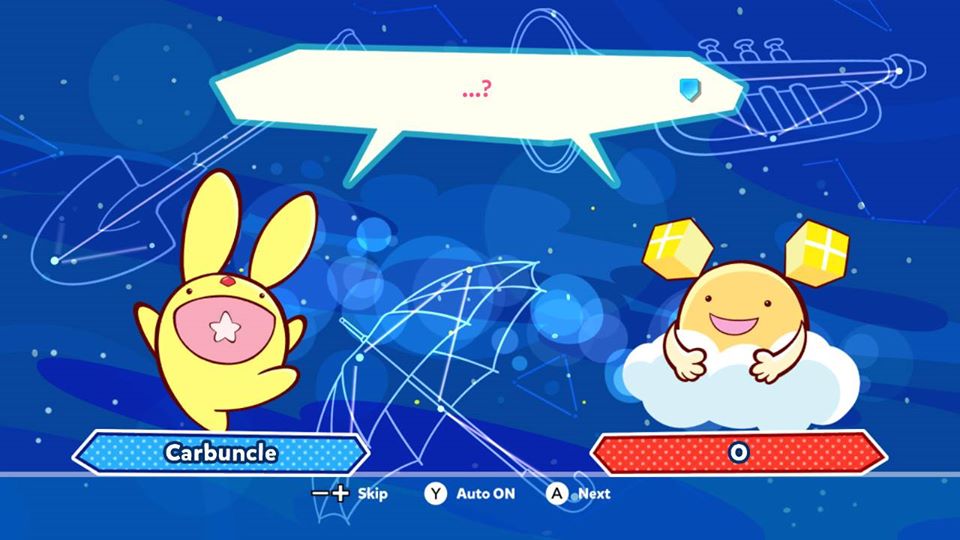 Okay a quick note: In previous articles, I skipped Carbuncle’s and O’s lines, as no one reading my articles would understand what they are saying. Here, I am showing why a writer shouldn’t include a lot of lines like this…no one can read these character’s dialogue. If there are cute animals that don’t speak any known language, and they are saying something important, there needs to be a translation, or a cute back and forth with someone that speaks the reader or viewer’s language (think Han Solo and Chewbacca). Sadly, most of this scene is like this. For your convenience, I will show the rest of this scene with minimal commentary. 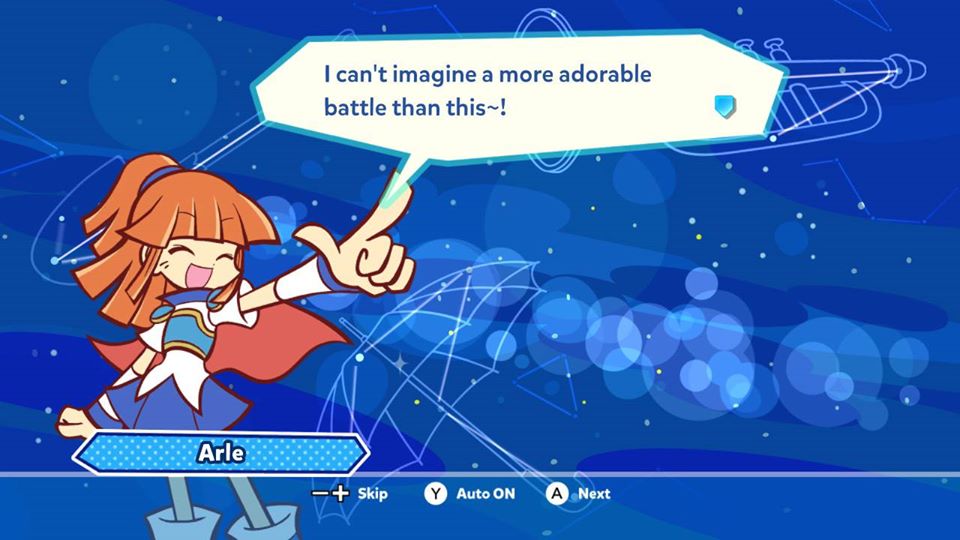 And the game skips to gameplay… 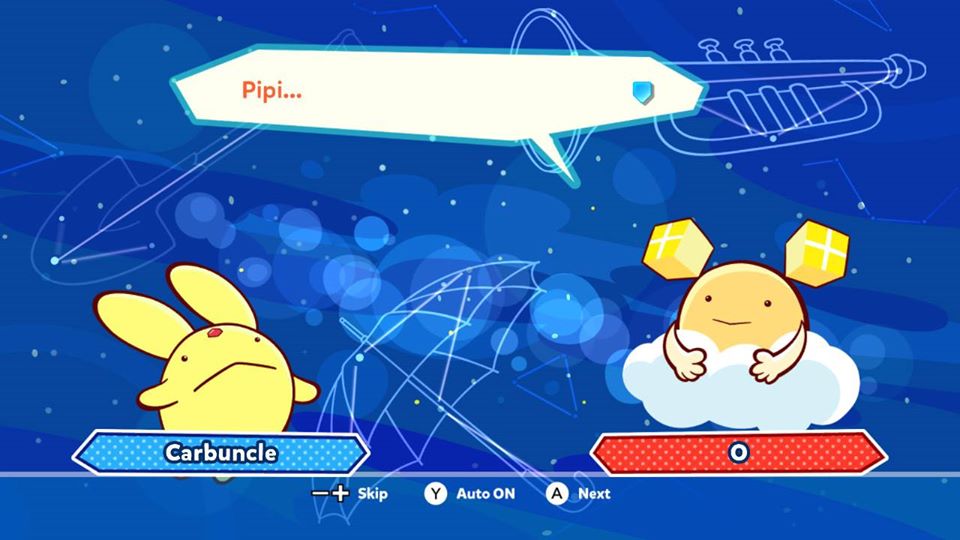 I wonder, did it matter which one wins the battle to get the ship part? This is actually the end of the scene, and barely anything of import was said (or understood). I included this scene in my analysis just to show how not to write a good scene. I already stated why this doesn’t work, but I hope this is illuminating for would be writers.

And that was a fairly short but poorly written scene from Puyo Puyo Tetris. I hope this series of game story criticism has been entertaining and educational. What do you make of scenes like this? I there another scene in other games or other media that makes this sort of mistake? Let me know in the comments below! If you enjoyed this article, click that like button. Be sure to share this with friends too. You may also subscribe via email to keep up with That’s All Games. Until next time, have fun gaming!