It is time to cover yet more Puyo Puyo Tetris’s story mode analysis. While some articles will skip some less relevant scenes, this scene does directly continue from the previous article. So, without delay, let’s look at what this scene has to offer:

Recap: The main characters head off to Primp town, which was overrun with Tetriminoes. Here’s what they find.

Okay, not a great start. They find a “convenient” path to quickly get to their destination. I’m assuming it usually takes longer? 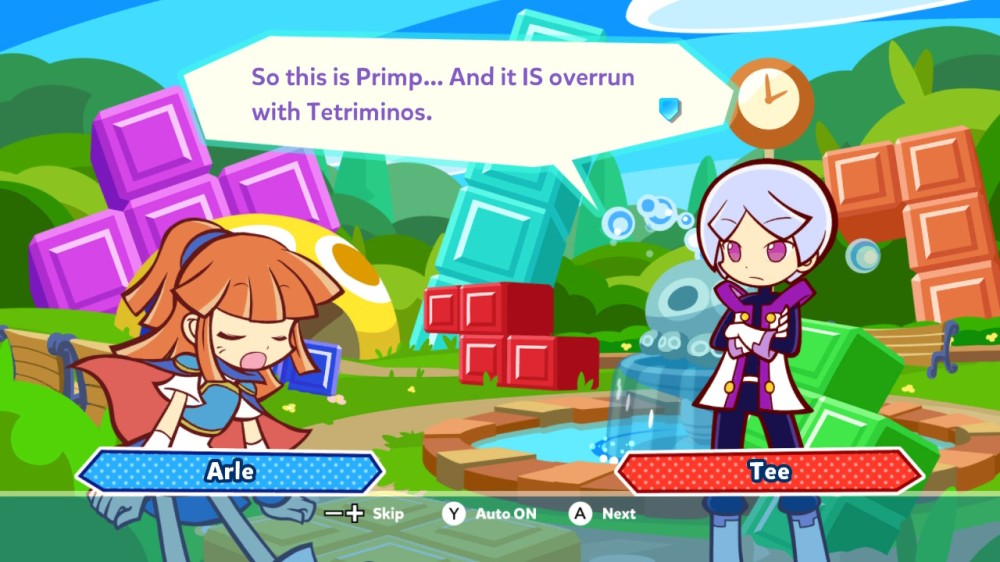 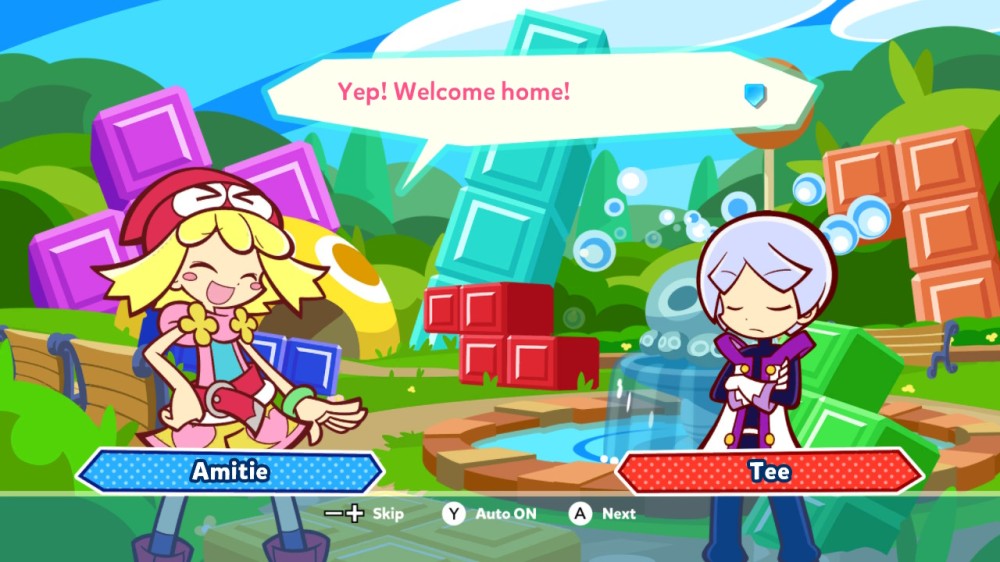 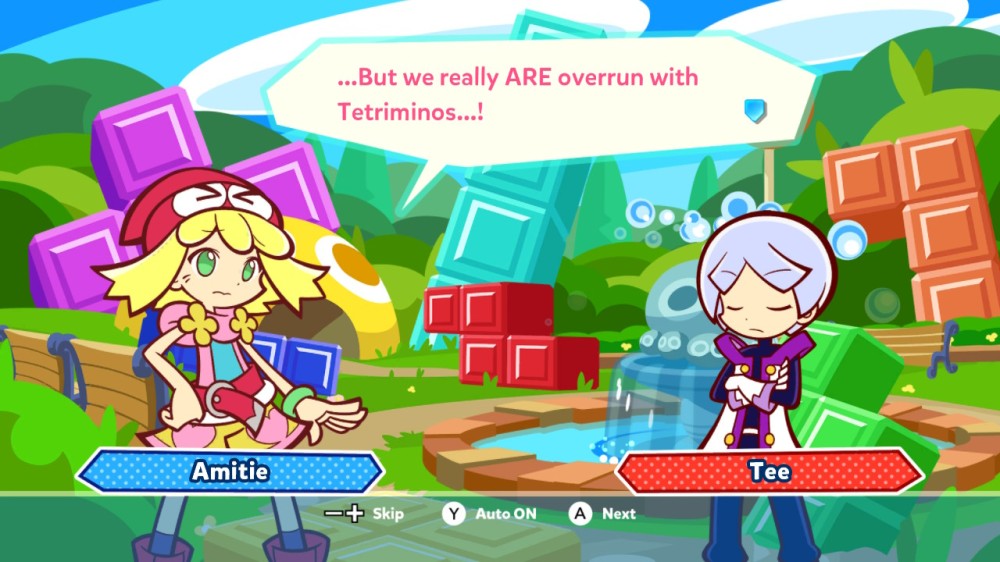 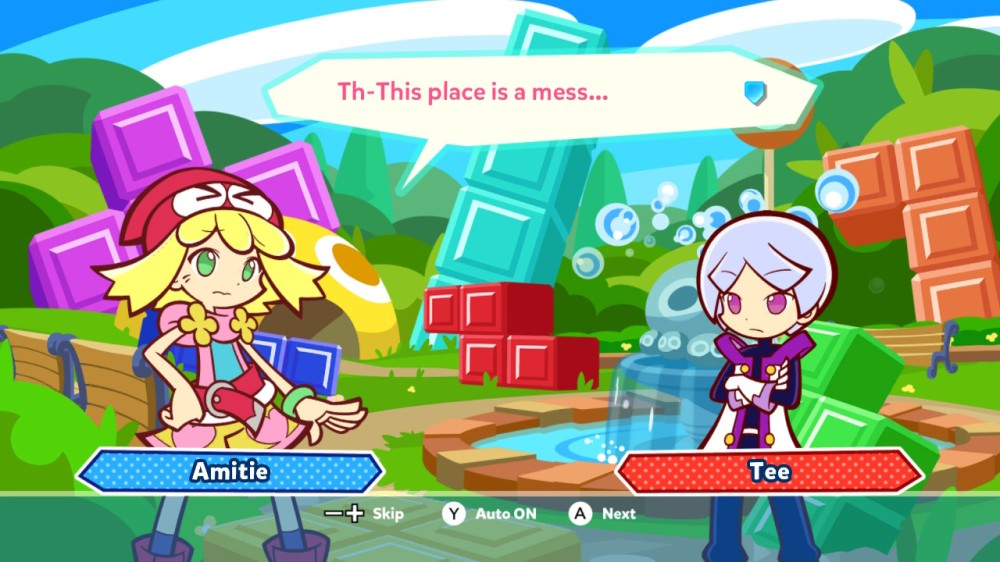 These lines are pretty basic, but work well enough considering the context.

And yet again, Ringo is repeating the obvious…

Of note, I believe this “Dark Prince” is the traditional villain of the Puyo Puyo series. Also of note, depending on the game, or if the game is in Japanese, he is simply known as “Satan”. (I am not certain of this, so let me know if this character goes by any other names in the comments below! Let me know which games he has different names in too!) Additionally, his presence was hinted at in the previous act.

Okay, I know they are using multiple ellipses marks (the “…” marks) to signify a longer pause, but in traditional English writing, this is both unnecessary and bad form. In fact, this line is spoken, and the length of these pauses are just a little too long. You could shorten this to one set of ellipses per pause, and shorten the pauses in the spoken dialogue and it will have the intended effect. 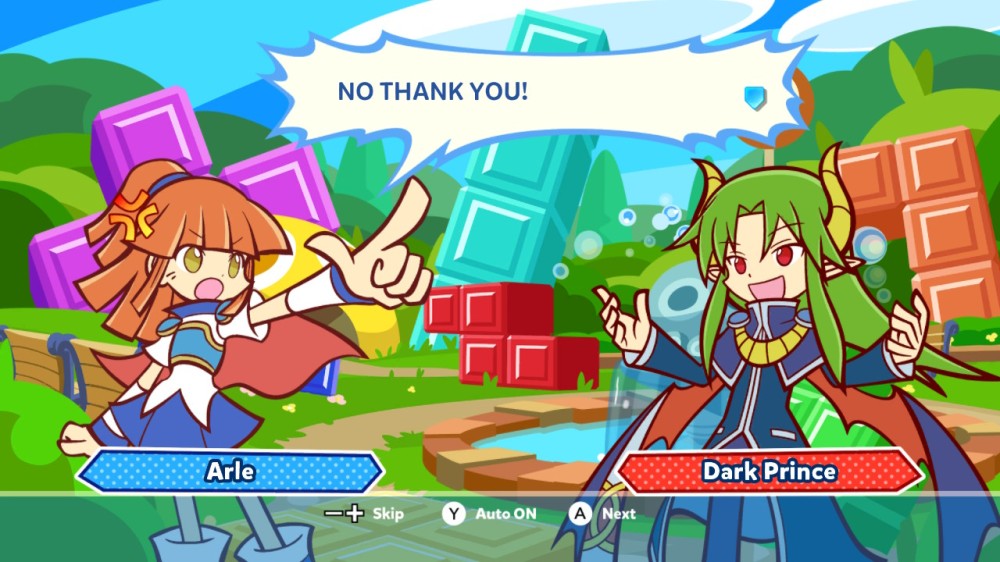 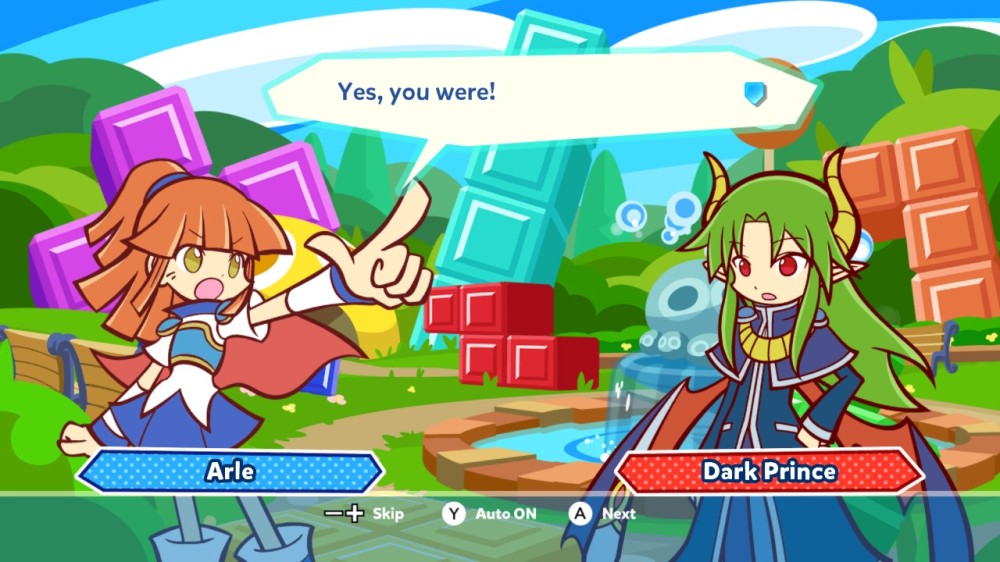 This series of lines are unusually goofy, and don’t add much to the story. 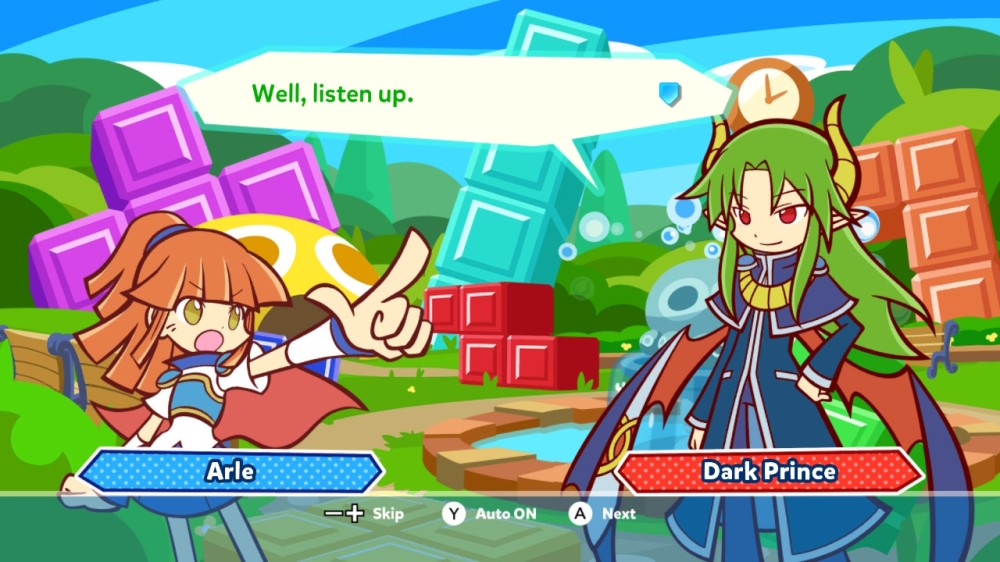 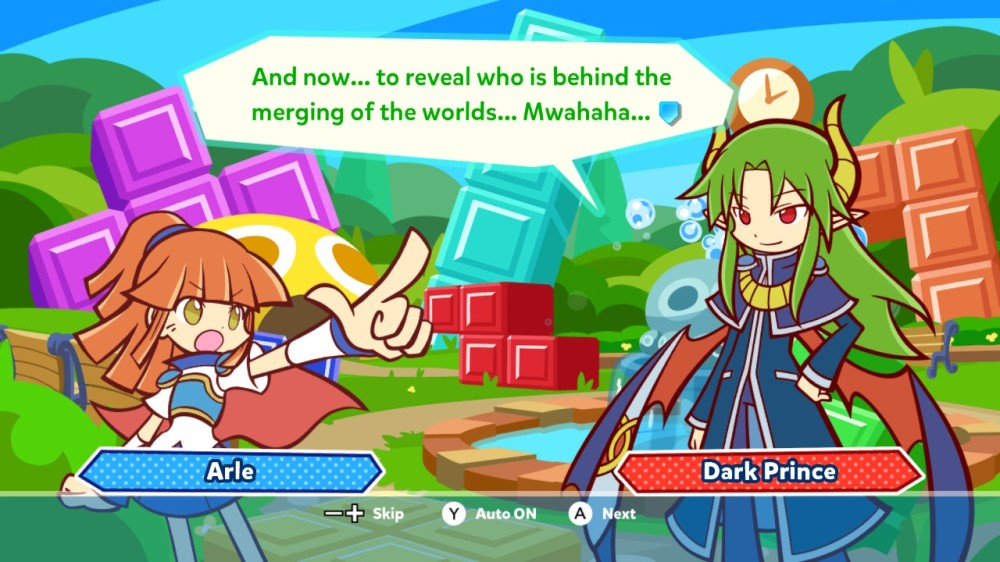 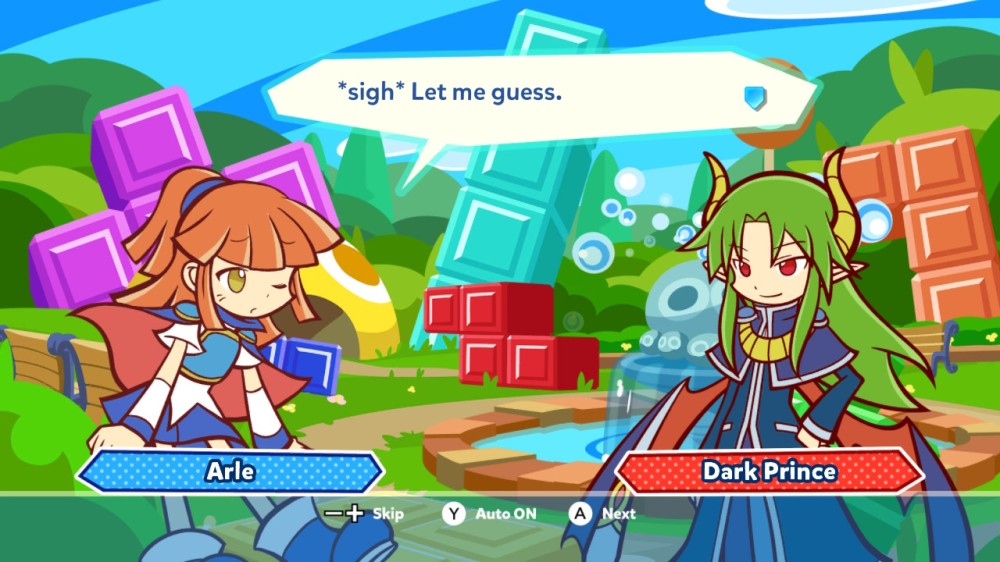 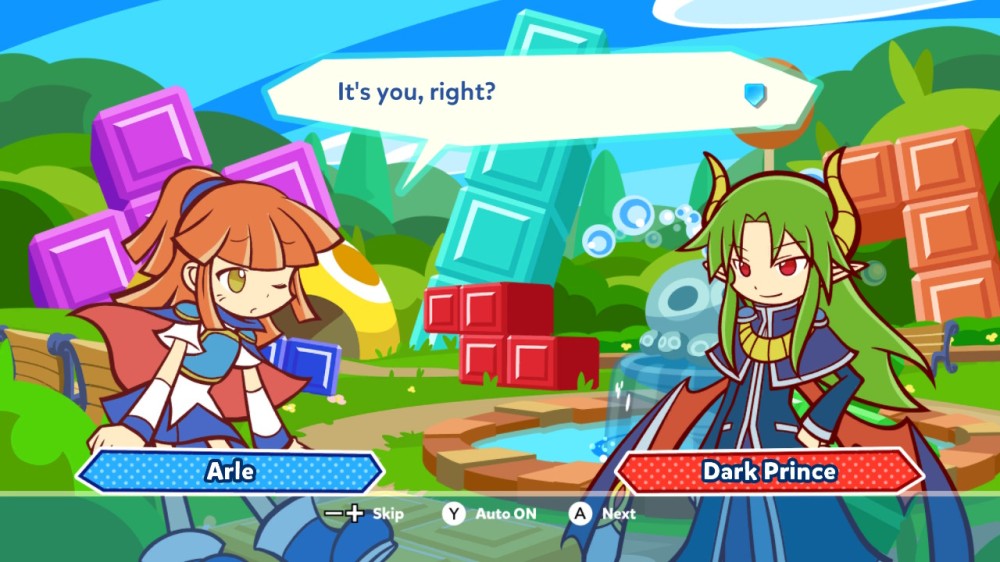 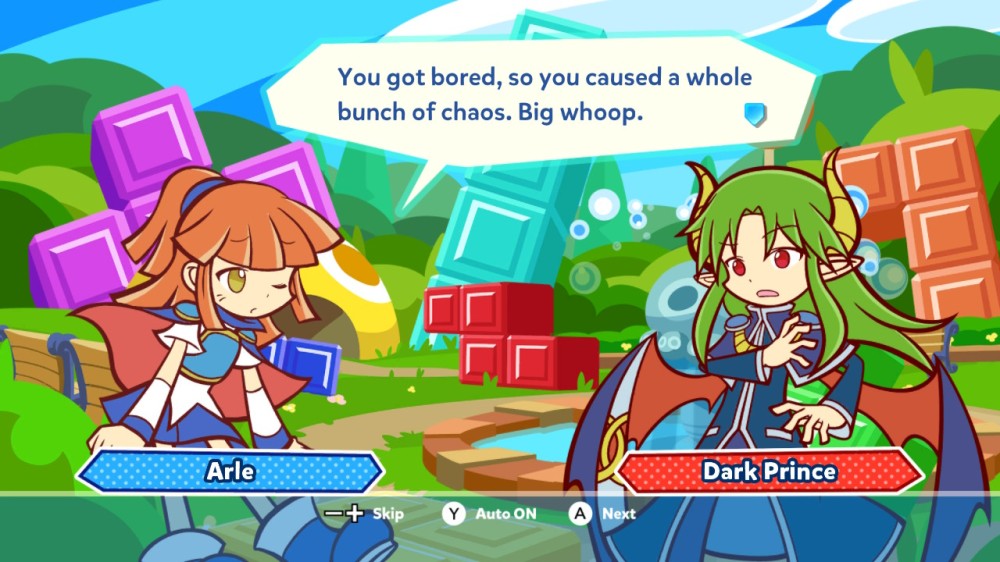 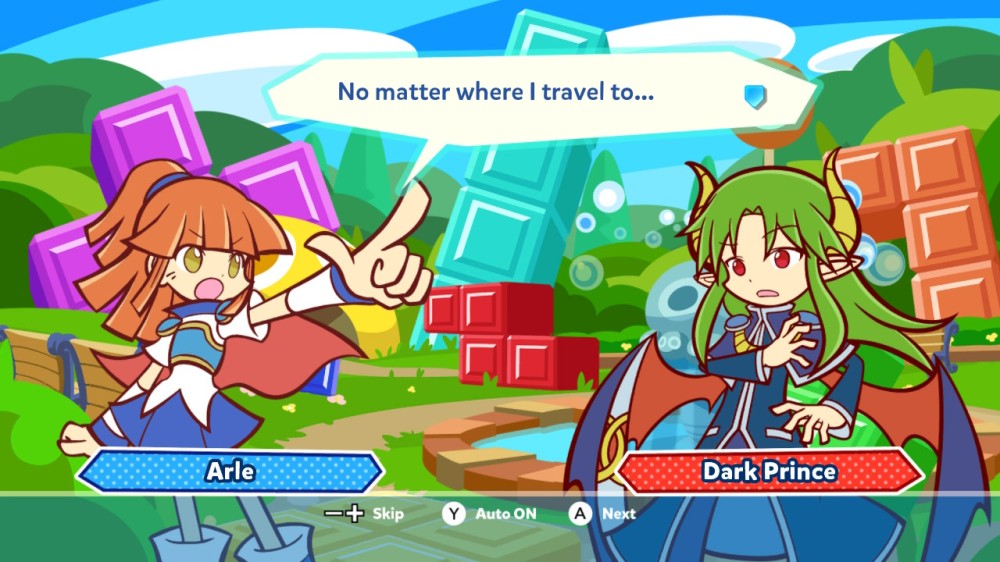 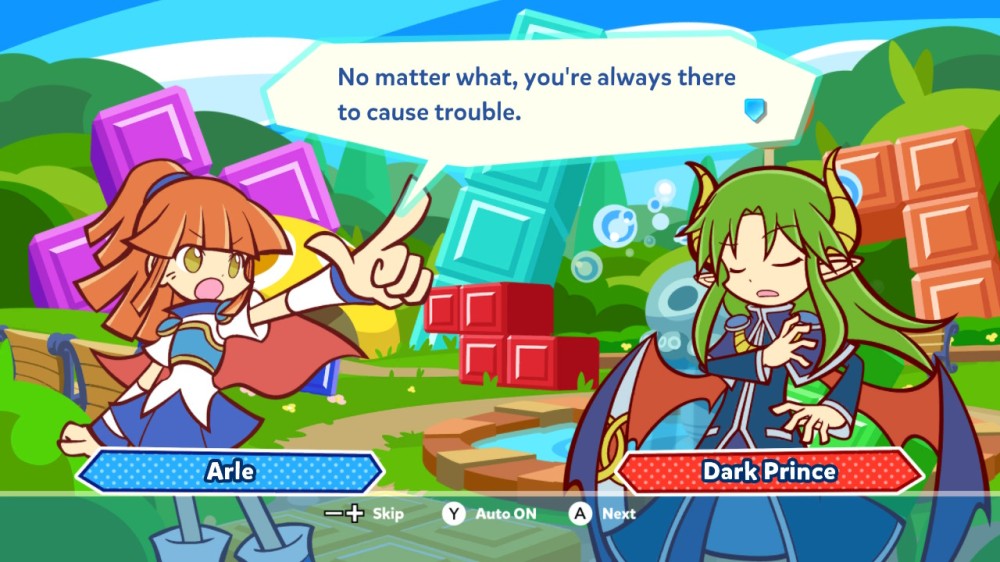 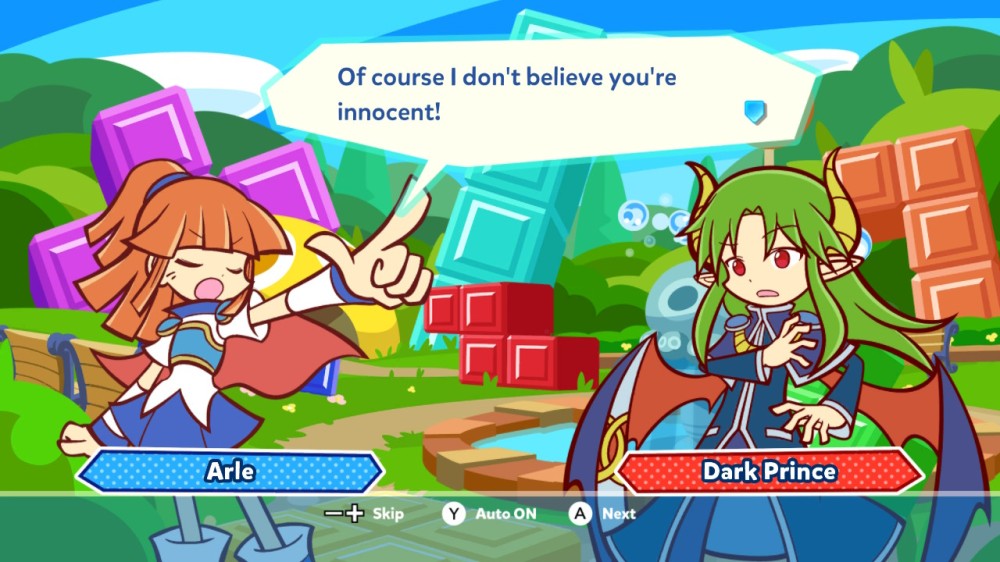 And now for the twist… 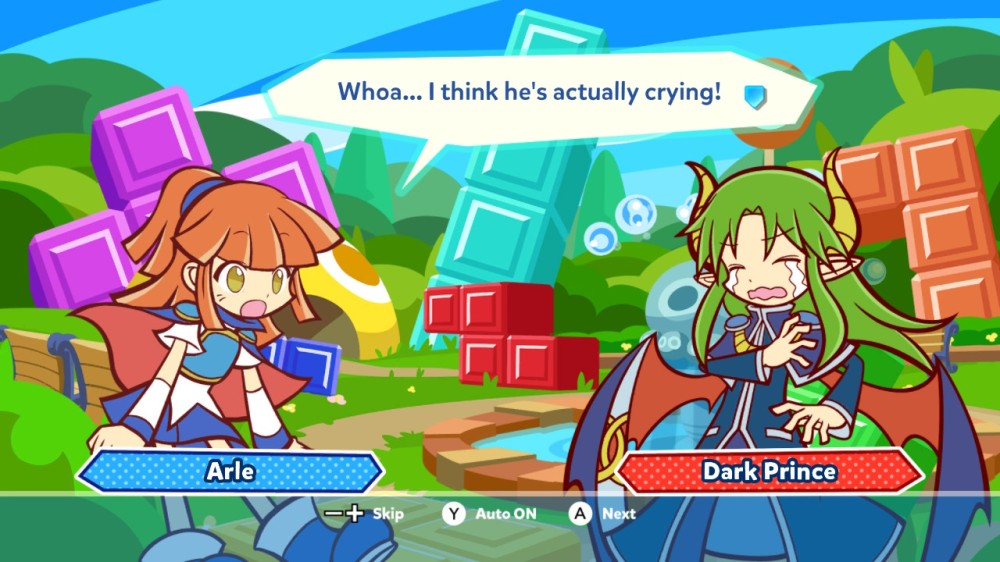 So the Dark Prince is at least pretending that he isn’t the guilty party here. (Spoiler alert, he isn’t). It is odd that he knows all about this situation, though.

And the game cuts to gameplay here, before continuing the story.

“Meanie-pants” is an unusually childish turn of the phrase for a big mean villain. Maybe he went “kooky” too? The story doesn’t imply that though, if you stick out this entire series. 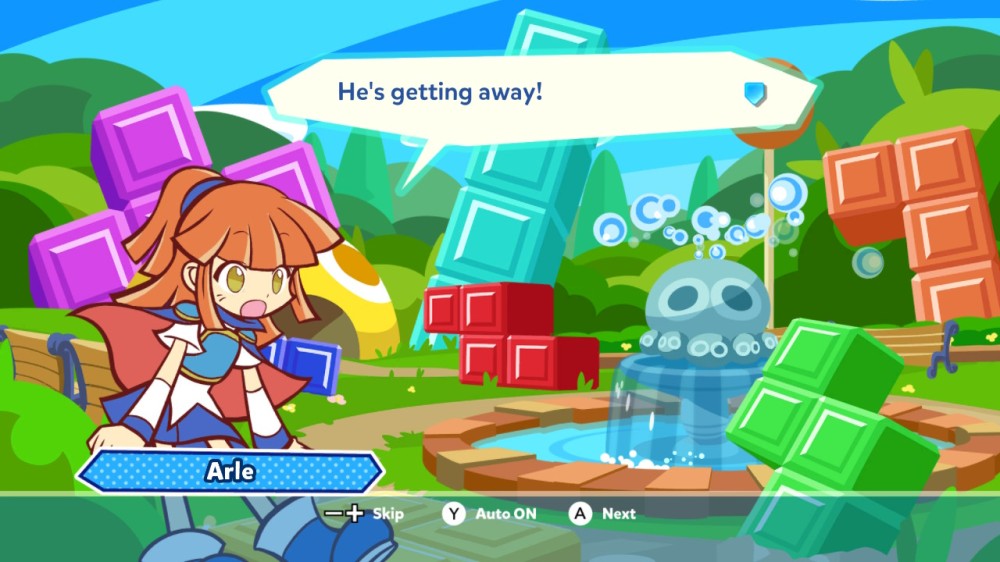 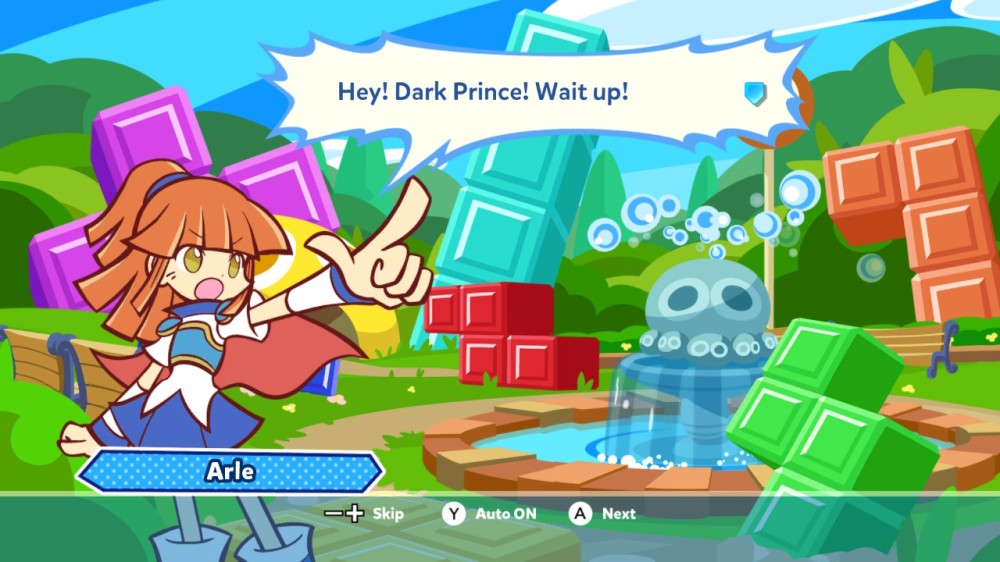 So now Arle is going to chase this guy down… 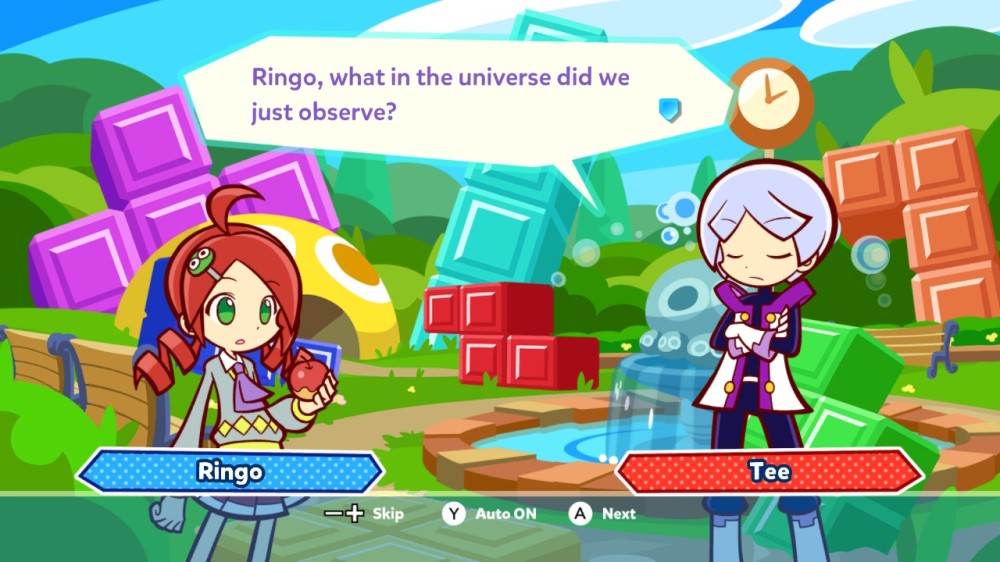 That’s a good question. That is also a good way of summarizing my reaction to this game’s entire story!

It really isn’t, though I think Tee’s reaction is supposed to be sarcastic. 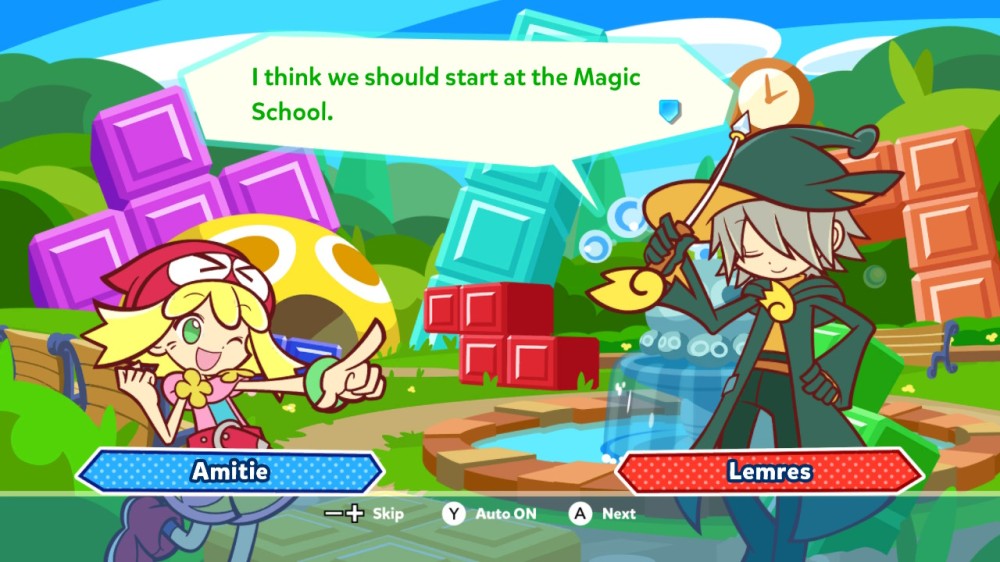 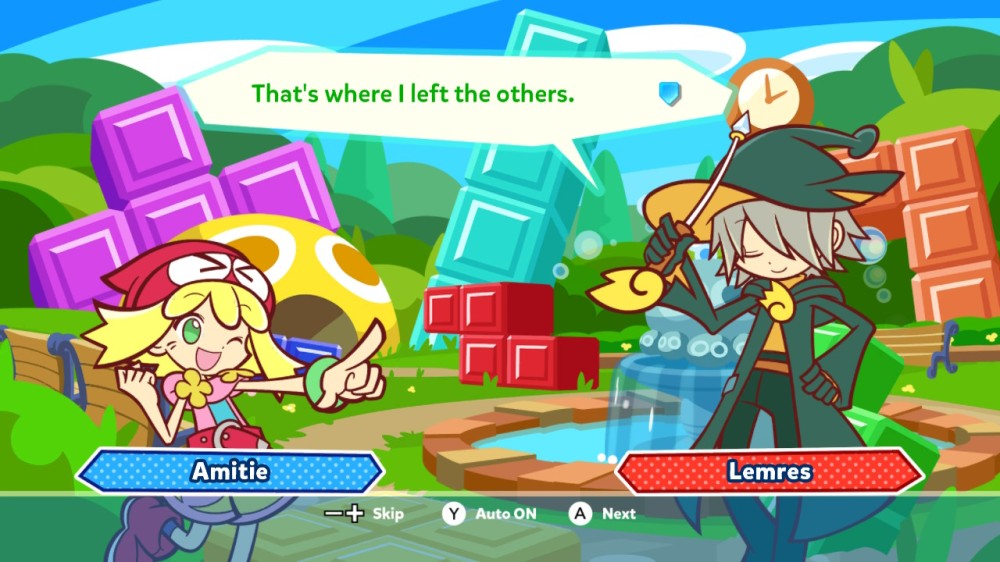 And the scene ends here. This was an odd one. They introduce the main villain from Puyo Puyo, who happens to know what is going on, but apparently has nothing to do with the issue at hand. This scene was also way too long for a video game (a trend in this game’s story). It is a shame, as they could have used the Dark Prince to clear things up faster, as opposed to dragging the story on more. Oh well…

And that was part 13 of my critique of Puyo Puyo Tetris’s story mode. What did you make of this scene? Did I miss any criticism? Was there a redeeming quality of this scene I missed? Let me know in the comments below! If you liked this article, be sure to click that like button and to share this article on social media. If you want to keep up with That’s All Games, you can also subscribe via email or through WordPress if you use that platform. Until next time, have fun gaming!