In my previous analysis of platformers, I had covered how playable characters work in this genre of video game. If you want to read that first, then click here: The Anatomy of Platformers, Part 1: Playable Characters. Today, I will cover the next portion of this analysis, where I look at the next common ingredient in a platformer, collectibles. It should be noted that many of the ingredients of a platforming video game can be found in many different types of games, and collectibles are found in almost every type of game.

So, what is a collectible? It is usually a resource or object that can be found in a video game that can be collected by the player. Their purpose can vary from one collectible to another, but ultimately, they make the game more fun to play by giving the player something to seek out other than just winning the game. Some of the less useful collectibles can still be handy, as they can be used to guide a player forward, or could even be hints that point out a secret.

Let’s start with the least useful collectible that I can think of, extra points. Collectibles that add to the score counter are a relic of older video games where getting the high score was the only goal of a game. Games that have an ending where the player wins usually don’t have a need for points, especially if it is easy to reach the highest possible score. Points are most useful in games or game modes that have some sort of leaderboard (particularly online leaderboards), and possibly for games that are relatively short. Since points usually don’t contribute to player success, they are usually bragging rights in games where getting a high score isn’t easy.

Now let’s look at a potentially outdated collectible, extra lives and continues. Thanks to the ability to save your progress in most games, the progress lost from losing all lives becomes somewhat meaningless, as the penalty for losing the game has become irrelevant thanks to being able to restart from your last save. Unless save points are unusually rare, extra lives are relatively meaningless. In much older games, there were no save files, so losing all lives meant starting the game over from the start. Continues are similar to lives, but you often get multiple lives per continue, and you might be pushed back to an earlier point in a game than when you simply lose a life. Lives and continues are more relevant in arcade-style games, where completion is difficult or impossible, and of note, these games also rely more on a high score.

On a related note, another collectible you can gather is currency towards extra lives. The shape the items take vary, from coins in Super Mario Bros., to Bananas in Donkey Kong Country, and even the rings in Sonic the Hedgehog. Also of note, the number needed can vary from game to game, though if these items are plentiful enough, the number is usually 100 for another life. Like items that give extra points, they can be used to guide the player forward. What to do with these items in games without lives may sound tricky, but the most common solution is to use them as actual in-game currency.

In-game currency can be used to buy various items in shops you might find in various games. Perhaps these shops show up in between levels, or at a checkpoint midway through a level. The items for sale can be extra lives, continues, powerups, ammunition, health pickups, or anything else of use to the player. Most of these items are collectibles in their respective games too. Keep in mind that in-game currency isn’t real money, though some games allow for the player to spend real world money to generate in-game currency. These games are usually otherwise free, and this topic can be complex and divisive enough to warrant another article (which I partially delve into here: Good or Bad: Free to Play Games).

Next, I’ll go over health pickups. Many platformers (and most other action-based games) have a health system. When a player character takes damage, they lose health. A health pickup will restore that heath to the player when they grab it. Health pickups usually resemble food, hearts, or a first aid kit. Items like potions might be something the player may have to press a button to use, or will have to open an inventory screen to use (such as the energy tank from the Mega Man games). Such an item may even heal the player automatically when they would otherwise lose a life or get a game over! It is important to include these items so the player has a bit of a breather from all the enemies they may encounter. These pickups might even make a nearly impossible game winnable for most players. As such, some method of health replenishment is a must in any game. 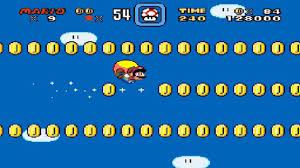 Now I’ll go over power-ups and upgrades. Power-ups are usually a temporary bonus, such as the invincibility star in Super Mario (which has a limited time effect), or the fire flower in the same game. The fire flower changes Mario’s capabilities by allowing him to shoot fireballs at enemies. It is a temporary bonus, for if he gets hit, he loses this ability. Most power ups alter the movement or attacking abilities of the character. Another example are the speed shoes in the Sonic games, which briefly increase Sonic’s speed. In other games, certain power ups may enable the ability to fly (yes, I’m using Super Mario as an example, again), such as the racoon leaf in Super Mario Bros. 3, or the super cape in Super Mario World. If you design a game with this sort of power up, keep in mind that the player’s range of motion might be temporary, so be sure to give a limitless supply of this power up nearby if the player needs to use it to progress. Also, be sure to structure the levels based on if the player has this ability, so it is neither too easy or too hard to get through the game.

Upgrades are a variation of power-ups that have a permanent effect. Both Metroid and the Mega Man X games have a lot of these hidden in the game. In Metroid, these upgrades enhance movement, ammunition limit, health meter length, and firepower. The Mega Man X games feature similar upgrades, but the effects of some upgrades might be more unique to the game. In some games you can use in-game currency to get these sorts of upgrades.

I suppose the last form of collectible that I haven’t mentioned yet is ammunition. These sorts of collectibles fuel the use of certain actions that are usually more powerful than the character’s primary attack, but have limited uses otherwise. Most games that have ammunition are games that feature firearms of some sort. An alternative to this is a magic system, or meter that collectibles can refill. Perhaps there are multiple types of ammunition, such as the multiple gun types in the Earthworm Jim games, or maybe one type of ammo, like in the first two Metroid games. Ammunition and similar systems are another resource that players have to manage to clear a game. They often arise in some tougher action-based games where the extra damage can help defeat tougher foes. If the player runs out, the battle could get much tougher, so keep in mind what limitless resources or actions the player can use to progress if this happens.

That about wraps up my discussion on collectibles, particularly in platformers. Here’s what we learned:

Collectibles enhance the fun factor of any platformer, or other video games for that matter, by giving the player new things to find. They also can guide a player forward, and can make a hard game easier, in a good way. Without them, the player will retain the same abilities throughout the game, which could be fine too, but might be less fun in some cases.

So that is what I know about collectibles in platformers. Did I miss any type of collectible? What is your favorite collectible in any game? Let me know in the comments below! If you enjoyed this analysis, then click that like button and share on social media. To keep up with That’s All Games, you may subscribe via email or WordPress. Until next time, have fun gaming!

2 thoughts on “The Anatomy of Platformers, Part 2: Collectibles”