It is time for more Puyo Puyo Tetris story analysis. I am skipping a few scenes since the previous scene ended. The skipped scenes were unnecessary, and uninteresting for this analysis. In the future, other less relevant scenes may be skipped, with the current plan to show the next scene. This scene is noticeably shorter than most in this game. Let’s take a look.

Recap: The crew of the SS Tetra are chasing the character called Ecolo. In the skipped scenes, we see a few plot irrelevant characters in space for some reason. This scene starts after all that has taken place, and the protagonists finally catch up to Ecolo. 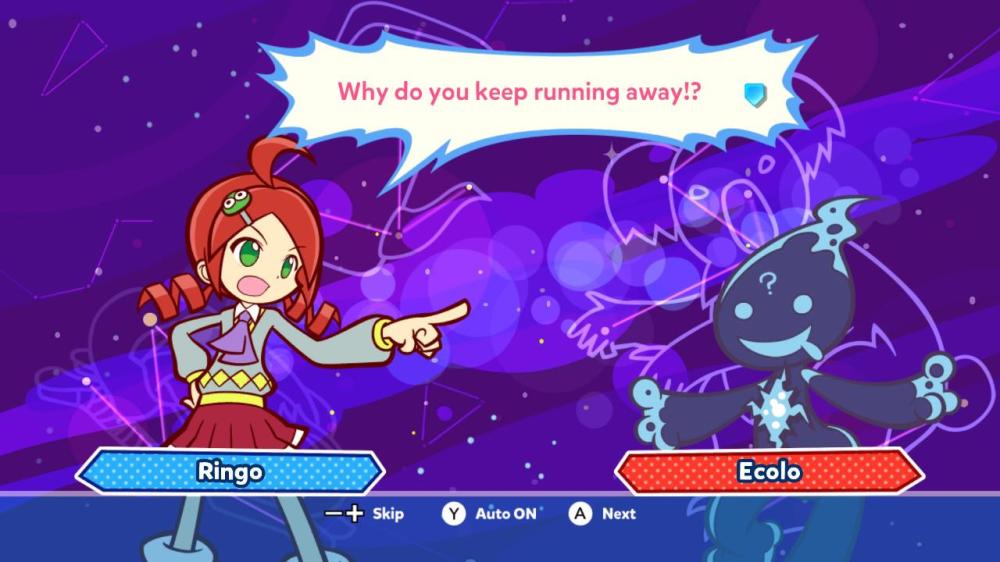 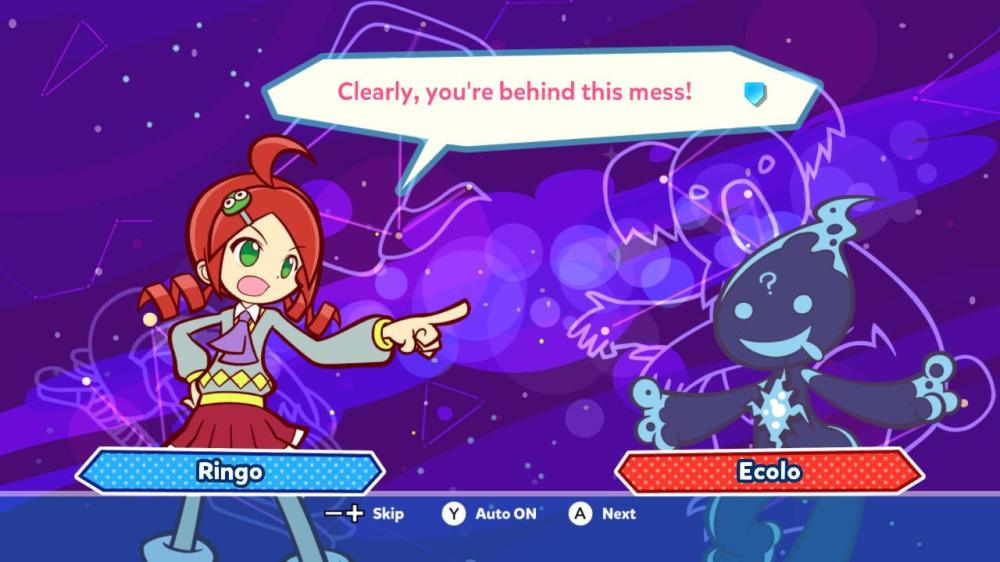 Okay, this scene starts simple enough, we know that Ringo thinks that Ecolo is the cause of their problems. There is a twist, however… 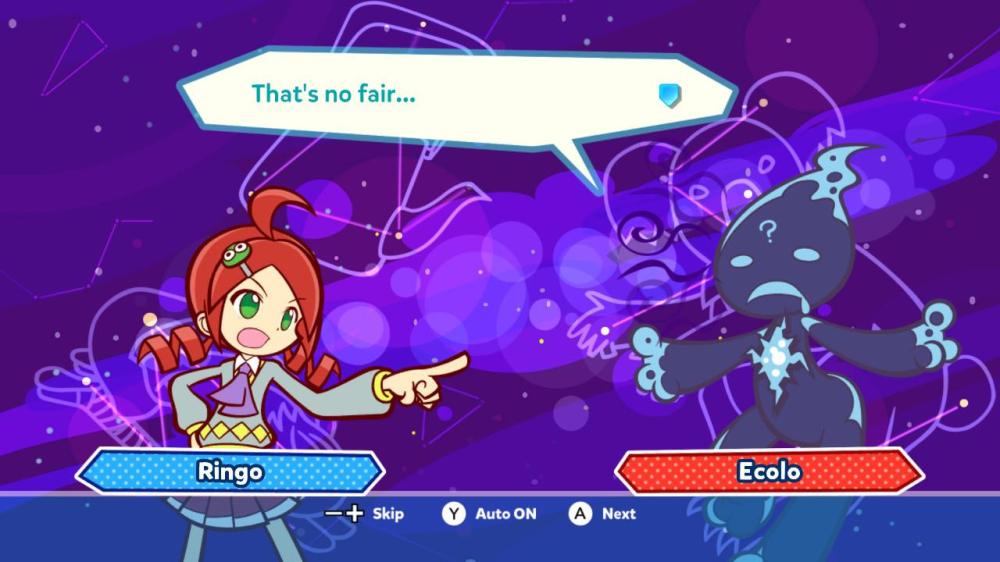 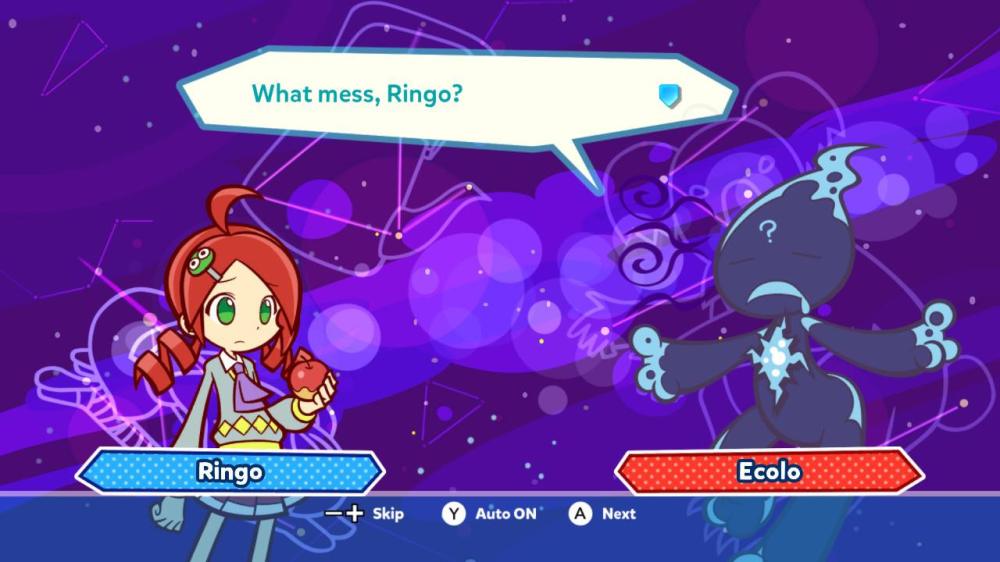 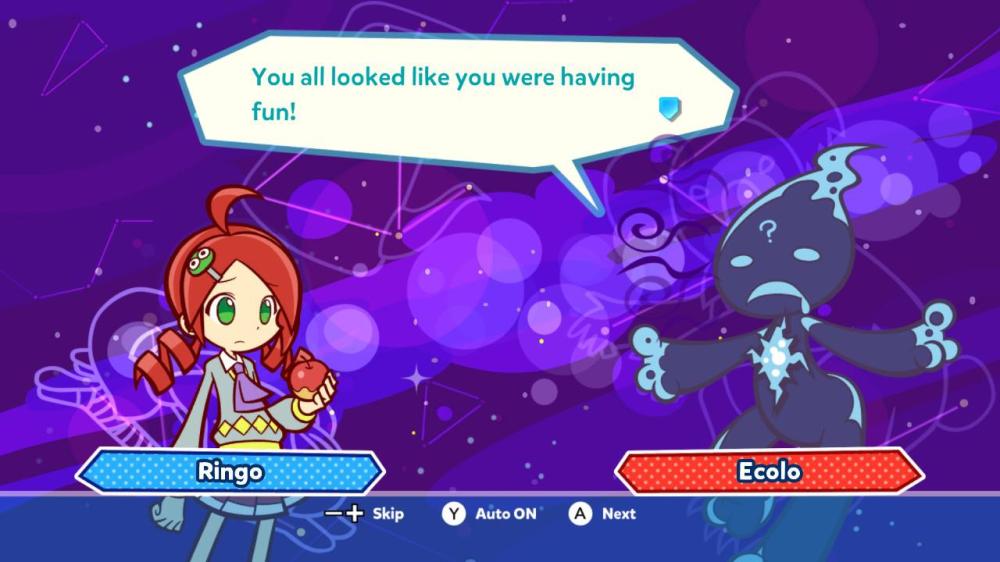 This seems like an odd motive to merge the Puyo Puyo and Tetris worlds. It seems childish, even. This also throws into question if playing Puyo Puyo or Tetris is just a game in their world even further, or if it is “battling” as they so often call it. 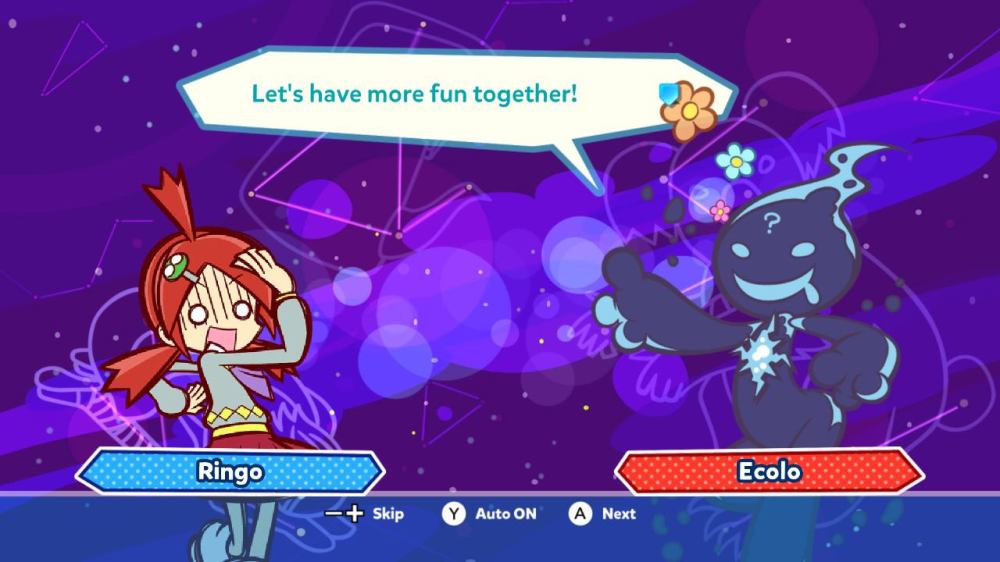 It seems that this Ecolo character just likes to play. As you will see in the next episode, he is not the cause for all the mayhem that happens in Puyo Puyo Tetris. It’s sort of a shame they went through all this trouble just to run into another false villain, as this story has dragged on for way too long.

Also, the scene cuts to gameplay here, and ends before the next scene, which will be covered in the next episode of my analysis. This scene is about as short as they need to be, but most of them are not. Stay tuned for part 22!

That was a thankfully short episode of my story case study of Puyo Puyo Tetris. What did you make of this scene? Was there something You liked that I missed? Or is there a flaw that I failed to catch? Let me know in the comments below! If you liked this article, then click that like button and share on social media! To keep up with That’s All Games, you can subscribe via email or WordPress. Until next time, have fun gaming!